DOOR-to-door enquires are taking place after a shed at North West Community Campus was set alight early this morning. 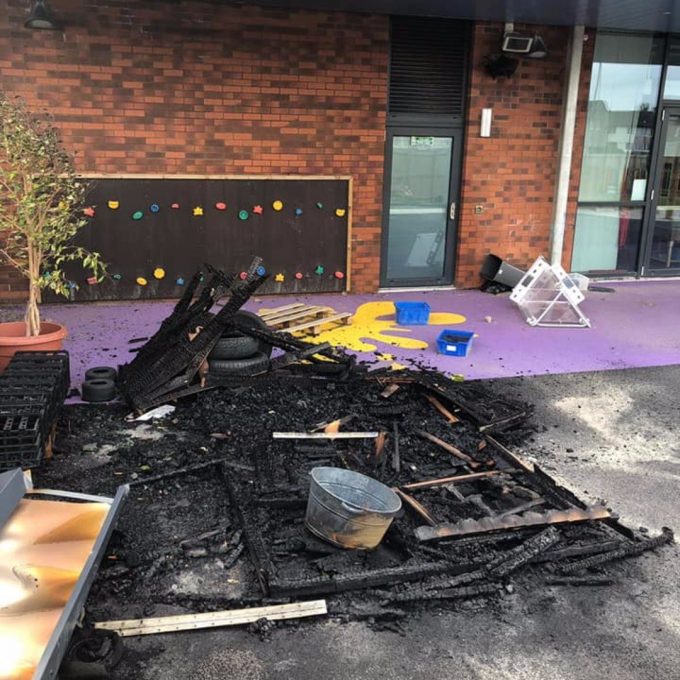 Officers in Dumfries are carrying out enquiries and a review of CCTV footage following a fire in the grounds of the campus in Alloway Road in Dumfries.

In the early hours this morning a fire was discovered at a wooden shed within the grounds of the campus.

Fire and Rescue Service attended and extinguished the fire, by which time it has completely destroyed the shed.

A nearby wooden structure has also been damaged and some metal cladding on the building itself has been damaged.

Constable Chris Kemp said: “The fire was reported to us around 1.50 am this morning and we are treating it as suspicious.

“We are currently following a positive line of enquiry into the fire, which had it taken hold of the main building could have been catastrophic.

“We would like to hear from anyone who may have been in the vicinity of the North West Community campus either late on Sunday night or early on Monday morning.

“Anyone who saw or heard anything suspicious, or who may have any information on the fire should call us on the 101 number and quote the reference 0269 22/7.”