A YOUNG woman from Hightae who died in a tragic accident earlier this year will be honoured by both her best friends. 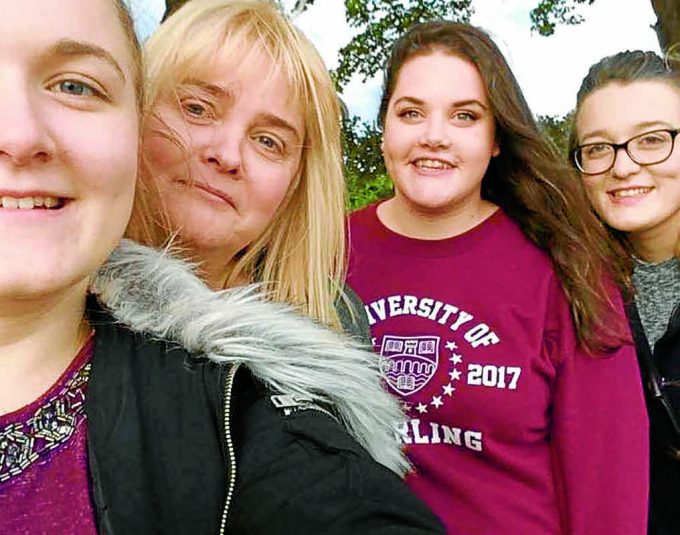 Former Lockerbie Academy pupil Eilidh McNab passed away in August after she and a friend ran into difficulty while in the water in the Bracklinn Falls area of Callander.

The two women were rescued but sadly Eilidh, 23, was pronounced dead at the scene.

And now sisters Molly and Katie McCutcheon and their friend Megan Noble, all former Lockerbie Academy pupils, are taking part in the Tough Runner 10k at Callander House in Falkirk.

They are raising money for two charities, Back Onside and Killin Mountain Rescue.

Katie, who is from Brydekirk, said: “Eilidh was one of our closest friends and we all grew up with her.

“She was extremely close to my family, and to Megan’s, and we just want to honour her by raising this money.

“In the first 24 hours we tripled the £100 target that Molly had set on the JustGiving page, something we all agree shows just how loved and missed Eilidh is.”

She added: “Molly, Megan and myself are all runners and all of us separately were looking for an official run to do in the new year.

“It was just natural for us all to want to do it in Eilidh’s memory.

“We have all felt her loss deeply and anything we can do to support causes she felt strongly about, and of course the Killin Mountain Rescue who tried to save her, we want to do as often as possible.”

Meanwhile, last week it was announced that, following Eilidh’s death and five other incidents since 2015, additional safety measures for Bracklinn Falls should be in place by Easter.

The group have discussed the possibility of updating signs which are currently there and adding an additional one where the path bends.

Pictorial visual aids that are easily understood by international visitors to the area were also mooted, as was the provision of buoyancy aids.