A WOMAN who clears landmines in some of the world’s most hazardous countries has told how she’s proud to be exploding the myth that only men can do this dangerous job.

Mairi Cunningham leads a team from Dumfriesshire’s demining charity The HALO Trust that is ridding Syria of deadly devices.

She has also worked in trouble-spots Cambodia, Somaliland and the disputed Caucasus region of Abkhazia.

However, the 32-year-old admits she still encounters old-fashioned attitudes at work.

Speaking on International Women’s Day, Mairi said: “It’s not been the easiest or smoothest of rides. Unfortunately, I’ve encountered chauvinist and sexist behaviour – quite a lot of it.

“It often surprises men in certain contexts, the questions I ask, and the issues I raise. You can see them think ‘How does she know that?’. It’s because I’m trained, I’ve been in a minefield, I’ve done disposal, and I know what I’m talking about.”

She revealed that working in the Caucasus for two years was tough, adding: “There can be quite a traditional macho culture, but women are playing a vital part in detecting and destroying items – 30 per cent of our team are female.

“We are challenging the stereotypes of what women are capable of doing. These women then serve as a role model for the women in their communities, so it has a ripple effect.”

Mairi admits that even people in Scotland are surprised to discover her dangerous job.

She said: “Some people back home can be very surprised when you tell them what you do.

“My parents never tried to put me off and because my brother’s military they couldn’t treat me any differently. It’s never been an issue, and as a woman, there’s never been any limitations over what I want to do.

“I’m sure working with explosives in places like Syria can be a little nerve-wracking for them, but I’ve always been a bit of a traveller, and do a lot of more edgy pursuits like skiing and mountain sports.

“I think they respect the work I do and are proud, but I think they maybe don’t want too much of the details.”

Mairi joined HALO in 2018 and started her new role as programme manager for Syria in December. She’s currently overseeing a team of 80 staff from Amman, Jordan but is awaiting international clearance to join her teams on the ground in the north-west of the country soon. 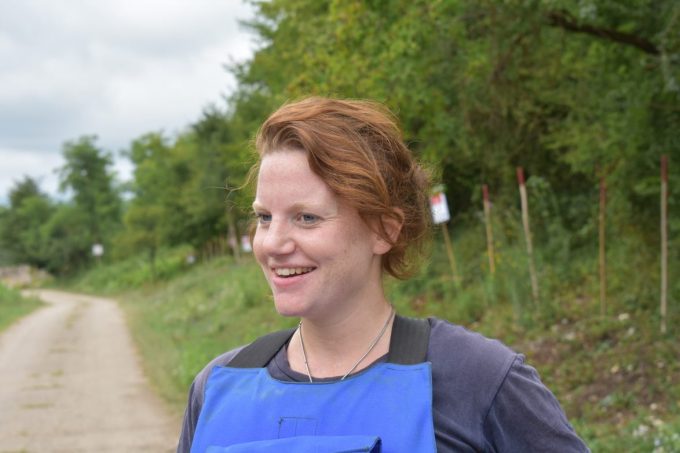 The Foreign, Commonwealth and Development Office has invested £124m to help clear the equivalent of 28,500 football pitches of deadly explosive devices worldwide in the last three years through the Global Mine Action Programme.

The Syria Crisis has been the UK Government’s biggest ever humanitarian response, committing over £3.5bn of support, including the delivery of over 28 million food parcels, 20 million medical consultations and 14 million vaccines, since 2012.

Mairi said: “HALO has recorded over 3500 accidents involving explosive remnants of war accidents between 2016 and 2020, affecting 4427 victims, although this almost certainly under-represents the problem.

“HALO is not just about mine clearance but we’re doing a lot of work on risk education. We’re going into schools and communities and warning people of the risks and what to do if they find something.”

Foreign Secretary Dominic Raab described Mairi as ‘a shining example of the brave individuals who are working to remove the global scourge of landmines in some of the most dangerous parts of the world’. He added: “International Women’s Day is an important opportunity to shine a light on the work she and many other female deminers do. The UK Government is pleased to be supporting The HALO Trust in its work training deminers and ridding the world of these deadly devices.”

Annan and Eskdale, Dumfries and West

Summer of fun on the cards

QUEEN of the South continue to prepare for next season with four players putting pen-to-paper.

Region could get long covid clinics

Delta variant behind rise in cases

Study to look at abuse in lockdown