Wheel good idea to get message out

A GROUP flying the flag for Scottish Independance are fundraising £9500 to buy a mobile hub on wheels. 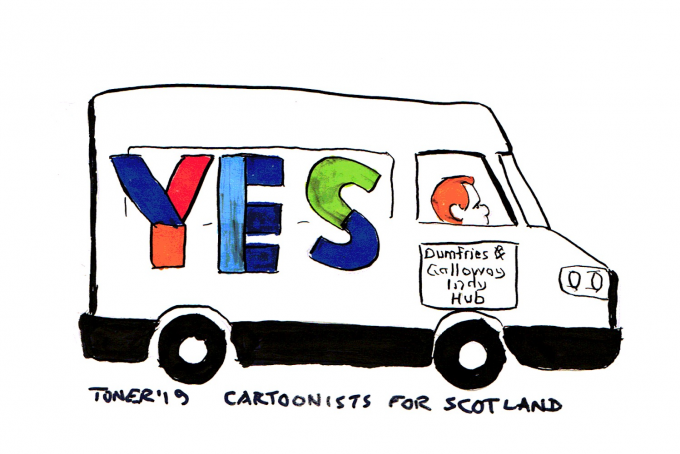 Local yes group members and Business for Scotland (BfS) have launched a crowdfunder appeal this week, to buy a mobile hub to serve all of Dumfries and Galloway.

One of the founders, Ian Waugh, of Dumfries and Galloway Pensioners for Independence, said: “A number of towns around Scotland have opened a ‘Yes Hub’ shop in their community.

“Our local groups looked at that option for Dumfries and concluded that being static in Dumfries town centre would not serve the wider Indy community in the region – so we decided on a mobile hub.

“We want this mobile bridge for Indy to support the many smaller Indy/Yes groups and sympathetic business owners, from the Mull o’ Galloway in the West, to the Eskdale region in the East; from Upper Annandale and Nithsdale to the Solway coast.

“We’ll work with those local groups on the street at markets, shows, and other local events from now until the May 2021 Scotland parliament elections – by which time we expect the next Independence Referendum to be called.”