Stepping out for Anneka

A YOUNG widower from Dumfries is preparing to walk over 200 miles in memory of his beloved wife. 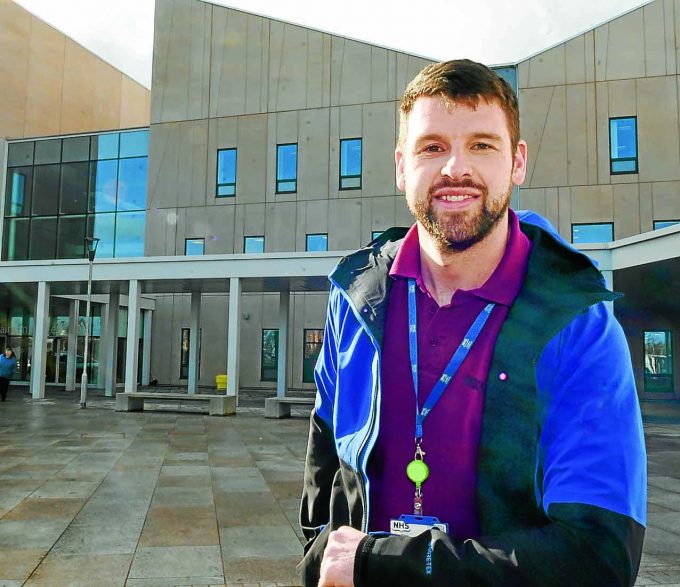 And in April Alan, 35, will walk the Southern Upland Way, aiming to finish on what would have been her 34th birthday, and raising money for The Brain Tumour Charity.

Last May Anneka, a dietician, began feeling ill with dizziness and was initially diagnosed with an inner ear infection. A week later she was admitted for tests and was told it could either be inflammation or a brain tumour and was referred to specialists in Edinburgh. Medical engineering technician Alan said: “The surgeon explained that he thought that Anneka did have a tumour, but it was not a usual tumour in that it was not in a ball shape, but diffused through her brain tissue and thus couldn’t be operated on.”

By the time she had a biopsy a week later, Anneka had lost mobility in her left leg and arm and couldn’t walk unaided. Alan said: “The biopsy day arrived and Anneka had her first seizure at 2 am in the morning, which totally terrified me.”

Describing the diagnosis, he added: “Our lives were ripped apart with the diagnosis of a grade four gliomablastoma brain tumour – a tumour which couldn’t be cured. “It took weeks to get my head round it but I didn’t want to be upset in front of Anneka, I couldn’t sleep, eat or function.”

Six weeks of radiotherapy were to follow so the couple hastily held a christening for their daughter. It was an emotional day and Alan said: “On the way there, she turned to me with tears in her eyes and said ‘all I want in life is to be Sienna’s mummy’. That broke me.”

Treatment started well but soon Anneka suffered unpleasant side effects and anxiety. Alan said: “It was horrible thing to witness and all the while the tumour in her head was likely growing. “She’d phone from the hospital at random hours, scared and wanting me to go get her – I wish I could have done something. After about week three or four I felt like I lost her. She struggled to communicate, laugh, smile like she used to.”

The family was able to return to Dumfries for the final three months of Anneka’s life, where she was cared for in the Alexandra Unit with family and friends by her side. It was there that Sienna’s first birthday party was held, just a month before Anneka passed away. Alan said: “It must have been so emotional for Anneka as she didn’t speak for the whole day and didn’t eat for the next two, I thought she had given up.” 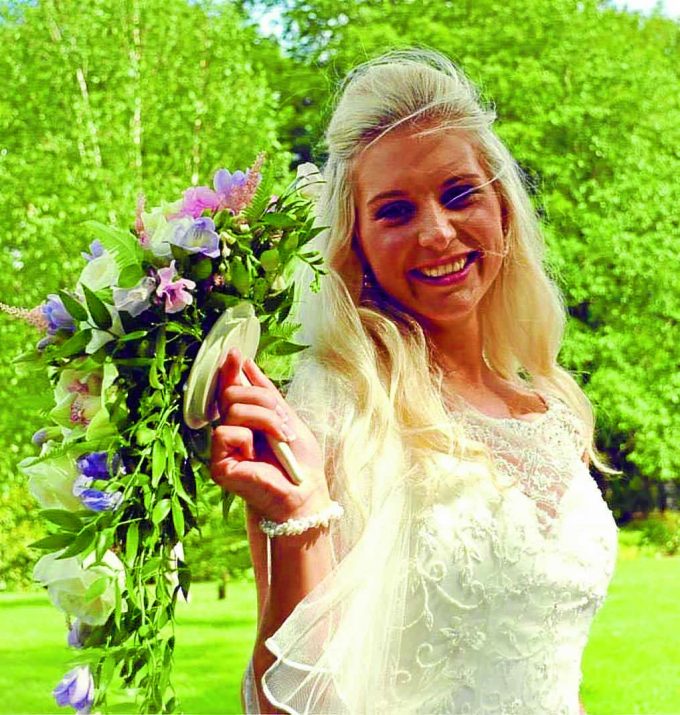 BEAUTIFUL BRIDE . . . the late Anneka Johnstone on her wedding day

In the months since his wife’s death Alan has been overwhelmed with support. He said: “The NHS has been incredible, all my colleagues and nursing staff. “Without family helping me through this I’d be completely lost – I thank them from the bottom of my heart.”

His preparations for the April 10th walk have been hampered by a hamstring injury. The former Creetown FC player said: “I walk where I can and have done a few short walks up Merrick etc, but weekends are quite sacred as I want to spend much of that time with my daughter.”

He will be joined on the walk by Carol-Ann Brown, one of Anneka’s best friends, as well as David Scott, a former military colleague, and family friend Jamie Telfer. “I wanted to put myself through it for Anneka and to obviously raise as much cash as possible to help other families,” said Alan. And almost £10,500 has been raised through raffles, bakes sales, a coffee morning and Burns supper – and donations can still be made via his JustGiving page.

Looking to the future, Alan said: “This isn’t closure for me but I think it will be a bit of a release. “I’ll never forget Anneka but we all need to try and enjoy our lives and going forward that’s what I plan to do.”