VISITORS to WWT Caerlaverock will be challenged to think about the environment by a new art exhibition opening there this weekend.

“Ice and Feathers” explores the impact of climate change on migrating birds through an interactive walk featuring the voice of Sir David Attenborough, a video installation and a live performance.

It is the creation of resident visual artist Angela Alexander-Lloyd, who is keen for people to engage in the debate about the environment. She said: “Increasing climate extremes mean there is a very real threat to landscapes like these and the wildlife that lives there.

“This exhibition is about raising awareness and encouraging debate about the effects of climate change on the natural world and what we can do, collectively and individually, to make a positive difference.”

Among the contributors to the event is Sheila Stubbs from Dumfries, a retired music teacher known by many as “the swan lady”. She spends her winter days at the reserve where she has developed an encyclopaedic knowledge of the whoopers. Sheila has written a piece of mandolin music inspired by the swans which will be included in a video. She said: “I love the swans, they are such beautiful birds, and I’ve got to know them and their family groups over the years.

Meanwhile, centre manager Brian Morrell said: “The wetlands of the Solway Firth are of international importance, and their conservation is an essential part of our work to try to safeguard the future of wonderful species that migrate to southern Scotland like whooper swans, Greenland white fronted geese and ospreys. This exhibition underlines that climate change is not simply a concern for other people in countries far away, but that its effects are here and now.”

Ice and Feathers kicks off on Sunday and will run until August 31. 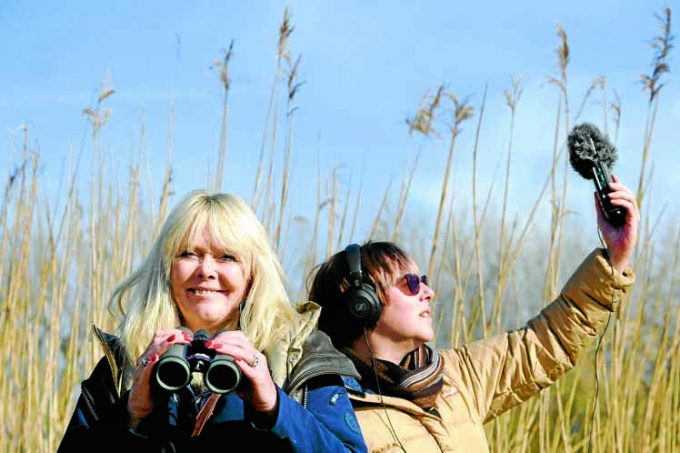