THE SHOW must go on . . . that was the mantra of Lockerbie Gala and ROM boss Ian McLatchie on Saturday. 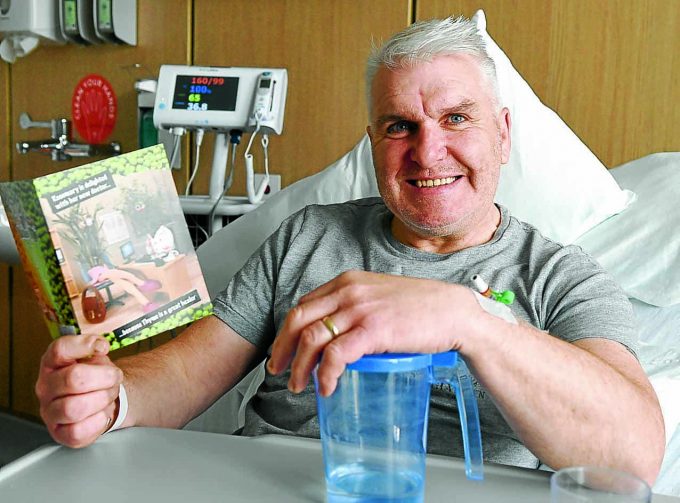 The gala chairman, who also serves as ROM convenor, had a nasty fall in the midst of the celebrations, half an hour before the cavalcade joined the parade to wind itself down the high street.

Describing the incident, Ian said: “We were just walking when my horse went down. As he tried to get up, he slipped again and fell over.

“I managed to get my feet out the stirrups but by that point he clambered to get up, stood on my right thigh and I rolled out the way . . . or so I thought.

“He then stood full belt on the centre of my back – wow, it was sore – but I got up quickly and got back on.”

Ian helped oversee the cavalcade but his usual cheer- ful smile and easygoing wave were absent from the parade and by the time he got home, he could hardly walk.

After a call to out of hours, the pub owner was rushed to the emergency department in Dumfries and sent for CT scans, x-rays and more, as well as being given a generous dose of painkillers.

Ian missed the evening entertainment of the massed bands but was very proud of Cornet’s Lass 2007 and fellow committee member Claire Taylor, who stepped in to take over his Beating of the Retreat duties and bring Lockerbie Gala Day 2019 to a close.

Ian, Lockerbie Standard Bearer 2008, spent three nights in hospital recovering and is now on the mend at home and being well looked after by wife, Penny, and his youngest daughter, Freya, five.

In a joint statement, his gala committee colleagues said: “We all wish Ian a very speedy recovery.

“This year he took over as ROM convenor as well as performing his usual duties as chairman and has given countless hours to making sure this year’s gala went off without a hitch.

“Ironically the only hitch was poor Ian’s fall and we wish him a fast recovery – after all, we need to start planning next year’s gala! Forward Lockerbie!”

Ready for the gala