Dominic given the all clear

A DUMFRIES born footballer has fully recovered from a brain tumour after six months of treatment. 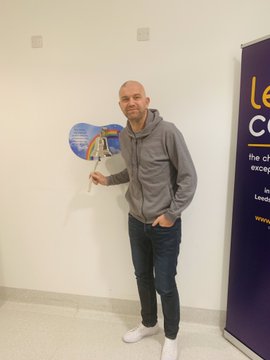 Dominic Matteo, 45, who had a very decorated career playing for Liverpool and Leeds United before finally retiring in 2009.

The former defender underwent surgery in November 2019 and was given the all clear this week and thanked the staff at Leeds General Infirmary and St James Hospital.

He said: “Yesterday I got the phone call, the one I’ve been praying for . . . my brain is clear.

“After six months of fear, pain, rehab, surgery and treatment.

“I’m healthy and it feel’s unreal.

“The LGI and St James hospital saved my life.

“They were simply incredible.

“Thank you will never be enough.”

Get the full story in the Dumfries Courier
Next issue published Friday 29th May 2020.