THE Scottish Fire and Rescue Service (SFRS) has issued advice to householders after crews were called to two chimney fires at neighbouring Annan streets earlier this week. 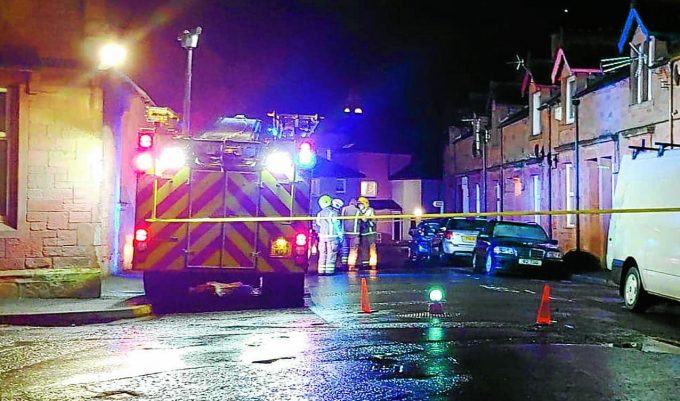 Moat Road was closed to traffic on Monday evening, above, after fire crews were alerted at 5.10 pm to reports of a chimney fire within a property there.

Fortunately there were no casualties, but eyewitnesses said the flames were sparking out of the top of the chimney and the street was filled with smoke.

And on Tuesday evening at 5.58 pm crews responded to another chimney fire within a property at nearby Thomas Street. Again there were no reported casualties.

On both occasions SFRS operations control dispatched two appliances to extinguish the fires, and firefighters left the scene after making the area safe.

SFRS group commander Thomas Keay, head of prevention and protection for the Dumfries and Galloway area, has issued advice for householders with chimneys to prevent potentially devastating fires.

He said: “A chimney fire can leave a huge mess in your home, so it’s really important that people with open fires properly maintain them.

“Soot and fuel residues slowly build up over time and these leftovers can catch fire. To avoid this we encourage people to have a certified sweep to clear the flue.”

Group commander Keay also highlighted that the type of fuel burned in a fire determines how often the chimney should be swept.

“Don’t use flammable liquids such as petrol or paraffin to light a fire. Furthermore, householders should use a spark guard when the fire is unattended.”