JO MUIR, the 25-year-old athlete, who is bidding for a place at the Tokyo Olympics next year has been crowned the Stewartry’s Sports personality of the year. 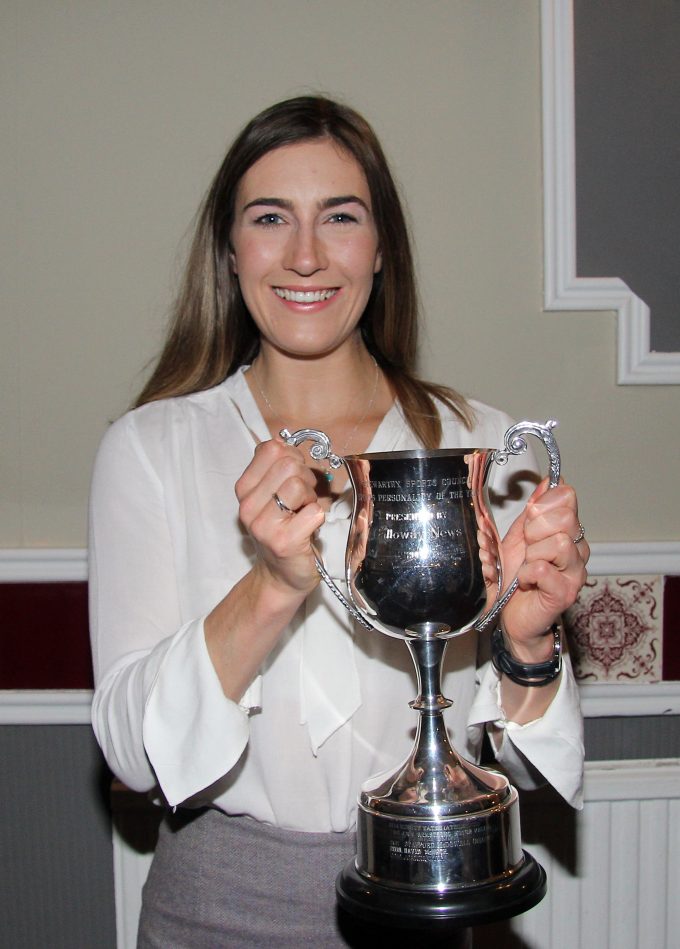 She was crowned the top sports person in the district at a ceremony in Castle Douglas, where she said it was a great honour to win the award.
The Pentathlon expert, who finished ninth in the modern pentathlon World Championships this year and helped the Pentathlon GB team win the silver medal, is preparing her bid for the UK Olympic team next year
Jo, who won gold in the mixed relay gold at the World Cup event in the Czech Republic as well as winning the Budapest Indoor International, said; “It’s going to be a really big year with the Tokyo Olympics in the summer so I will be trying to qualify for that. Over the next eight months it’s going to be really tough and then we’ll find out at the beginning of June next year who has qualified.”
Other awards were: Junior Sports personality – Rosie Porter, a T38 para athlete; Club of the year – Stewartry Sharks Rugby team; Team of the Year – The Dalbeattie High School gymnastic team; Coach/Administrator – Mark Geddes of Threave Rovers Youth Development.
Outstanding Achievement club level for Juniors – Ailsa Brannock; Outstanding achievement award at club level for seniors – David Houston, mountain biker; The Newcomer to Sport award Rebecca Boardman;  Service to Sport – Michael and Kirsty Riddick.
Share this story:
This story hasn't been shared yet.