A LOCKERBIE born curler believes this year’s home World Curling Championships will be extra special as the countdown for the event begins. 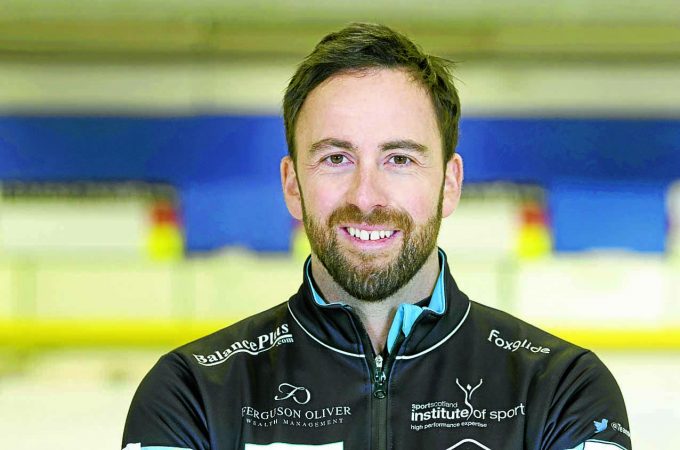 Three-time Olympian David Murdoch is now the national head coach and he was impressed with the talent on show at last week’s Scottish Championships.

Dumfries curler Grant Hardie and Team Mouat clinched the title for the third year on the bounce with an impressive 6-3 final victory over Glen Muirhead’s rink. The team — who also have Stranraer’s Bobby Lammie and Hammy McMillian in their ranks –have qualified for next month’s World Championships.

Murdoch said: “The Scottish Championships were a good test for our teams as the strength of the field was high. Team Mouat produced a very commanding performance all week to win the title. “There will now be a very detailed planning phase for the team as we look to have them in peak condition and ready for what will be a challenging week against the world’s best in Glasgow.”

However, Dumfries curler Sophie Jackson won’t be representing the nation at the World’s as she failed to retain the women’s title. Olympian and former World Champion Eve Muirhead’s rink ran out comfortable winners.

With just over a month to go until the event, being held at the Emirates Arena in Glasgow, Murdoch – who won two World Championships in 2006 and 2009 – hopes the Scottish crowd turn out in their numbers to support the players. Murdoch added: “We hope that with the backing of the home support cheering the guys through the week, that they can be on the podium and gain Scotland a medal. It will be a very exciting week to have a home World Championships and I know everyone around the country is excited to be part of the event which hasn’t been on home soil for 20 years.”