MARRIAGE mecca Gretna has once again topped the table for Scottish weddings. 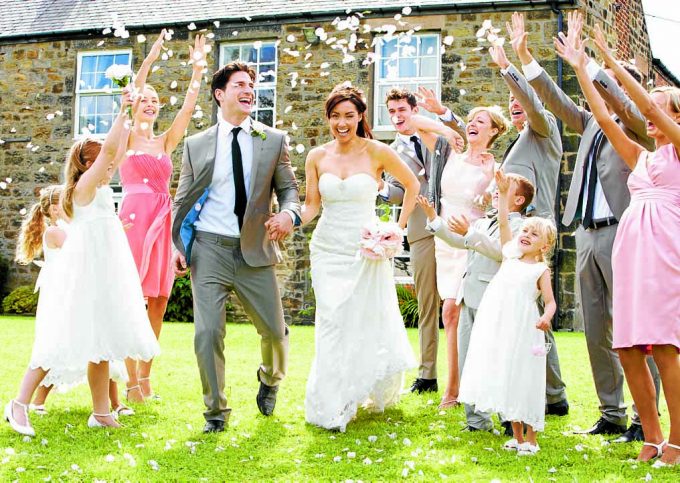 And a report has revealed that in one year the wedding industry in the border love town brought in £36.94m for the area’s economy.

It has led to calls for more investment to ensure Gretna and neighbouring Gretna Green are sustained as romantic destinations for years to come.

Figures released this week show there were 4007 weddings in Dumfries and Galloway overall last year and 80 per cent of those were in Gretna – more than anywhere else in Scotland. The town hosts 12 per cent of all the marriages in Scotland, while the region as a whole hosts 15 per cent of the national nuptials. Edinburgh comes in second with 9-10 per cent and Glasgow third with 8-9 per cent.

The most recent Scottish Tourism Economic Activity Monitor (STEAM) report concludes that in 2016, over 650 jobs were supported by tourist expenditure on the industry in Gretna – bringing in £36.94m.

Hoping that will be a catalyst for investment locally, Gretna and Rigg Community Council secretary Dougie McGregor yesterday said: “If we can make people see Gretna and Gretna Green is a destination for more than one day, we could add to the millions already generated.

“We have a meeting with Dumfries and Galloway Council, Gretna Green Ltd and Visit Scotland planned to discuss it. The businesses here spend so much, millions, but it seems like we don’t get the same support back.”

A statement in Dumfries and Galloway Council’s communities committee paper said: “Given the importance of Gretna and the Dumfries and Galloway region as a whole as a wedding destination, the economic development service of the council continues to ensure the regeneration opportunities associated with this key market (including inward investment) is factored into strategic planning.”