Watch out for deer

WITH the clocks turning back this weekend, motorists across Dumfries and Galloway are being advised to look out for deer crossing local trunk roads. 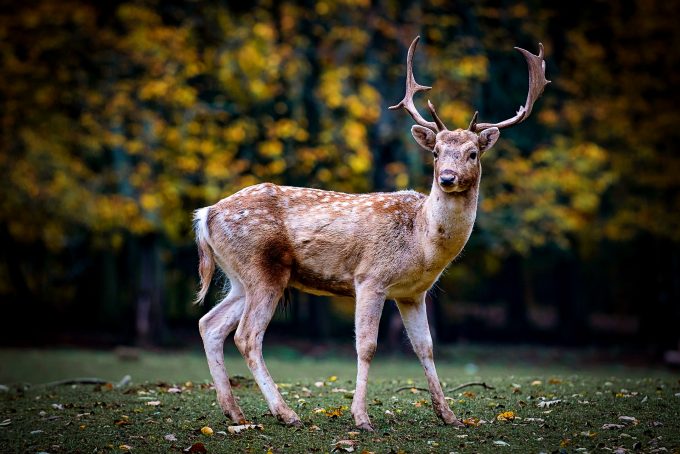 The deer rutting season is at its peak and Scotland TranServ has identified the A701 Beattock to St Ann’s and wooded areas of the A75 as potential hotspots for deer strikes. They have installed temporary signage for the season at eight key deer collision hotspots, including at St Ann’s.

Isla Davidson, Scotland TranServ’s senior environmental specialist, said: “Deer are often more mobile at two particular times each year: In May and June young deer disperse from breeding grounds to search for new territory of their own. Meanwhile, October and November is the rutting season for the larger deer species (red deer, fallow and sika), when adult males challenge each other for breeding rights. Deer are particularly active around sunrise and sunset which, at this time of year, coincides with the peak commuter time when there are likely to be more vehicles on the road. Their darker winter coats make deer particularly difficult to spot, so please be extra vigilant as they can appear without warning out of the fields and woodland that border much of the region’s road network.”

It is estimated that in Scotland there could be as many as 9000 collisions per year, resulting in anywhere between 50 and 100 human injuries, with the total cost of material damage and injury thought to be around £9.5million.

Dr Jochen Langbein, who oversees the Deer Vehicle Collisions Project, added: “In Scotland, as in the rest of the UK and many other European countries, wild deer numbers have increased significantly over recent decades. Many people think most accidents with deer and vehicles occur on more remote Highland roads, but in Scotland at least 40 percent occur on A-class trunk roads or motorways, including across much of South West Scotland’s road network.”

He revealed there are an estimated 700,000 wild deer in Scotland and said roe deer are becoming established within urban areas, such as Dumfries. Actions that motorists can take to help avoid a potential deer strike include:

1. Be extra vigilant where you see ‘deer’ or ‘wild animal’ road signs

2. Use your high-beam headlights (without dazzling other drivers) when it’s dark, but dip them if you see a deer, otherwise it may freeze in your path.

3. Don’t overreact or swerve excessively. It’s safer to continue on your normal track rather than swerving or braking hard to try to avoid a deer.

4. If you do hit a deer, try to stop somewhere safe.