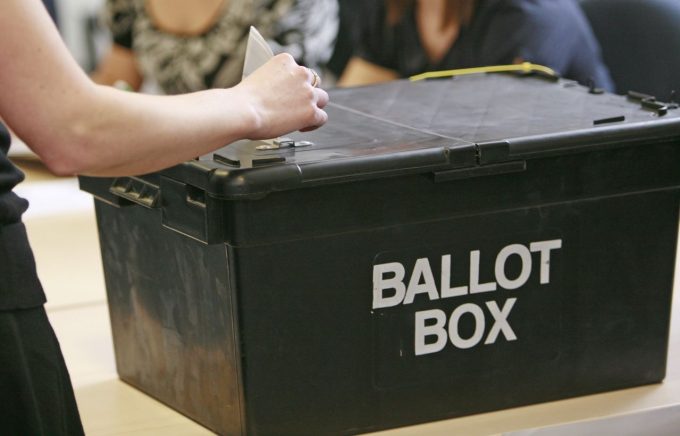 The parties have had six weeks to try and get their messages out and now the power is in the public’s hands.

Voting started at 7 am at the region’s 147 polling stations and will continue until 10 pm tonight. And then all the ballot boxes will be taken to the David Keswick Centre in Dumfries to be counted overnight. The highly anticipated results for both the Dumfriesshire, Clydesdale and Tweeddale seat and the Dumfries and Galloway constituency are expected in the early hours of tomorrow morning.

Fighting it out in the east of the region are four candidates: David Mundell for the Conservatives; Amanda Burgauer for the SNP; John Ferry for the Lib Dems; and Nick Chisholm, Labour. Mr Mundell has been MP here for 14 years with a 9441 majority. At the last election two years ago there was a 72.4 per cent voter turnout.

Meanwhile in the west, the public can pick from Alister Jack, Conservative; Ted Thompson, Labour; Richard Arkless, SNP; and McNabb Laurie, Lib Dems. Alister Jack was elected in 2017 and has a 5643 majority. The turnout in Dumfries and Galloway was 69.5 per cent last time.

The last time a UK General Election took place in December was on Thursday December 6 1923 when voters in the region had just two candidates to choose between: Dr WA Chapple for the Liberals or General J Charteris for the Tories. It was also a sudden election and described in the Annandale Observer as ‘short, strenuous and momentous’. In an eerie coincidence, the hot topics of the day were free trade, the railways, nationalisation of the mines, a national scheme for the supply of electricity and plans to introduce a levy on individual wealth over £5000. The regional results were declared at 1 am on Friday December 7, with General Charteris on 11,380 and Dr Chapple gaining 13,107 votes, a majority of 1727.

*To find out this year’s results, keep an eye on our Facebook and Twitter pages and this website, which will all be updated through the night by our team at the count.