COUNCIL officials and politicians are being challenged to drive a ‘dangerous’ stretch of rural road in Annandale — to see firsthand how bad it is. 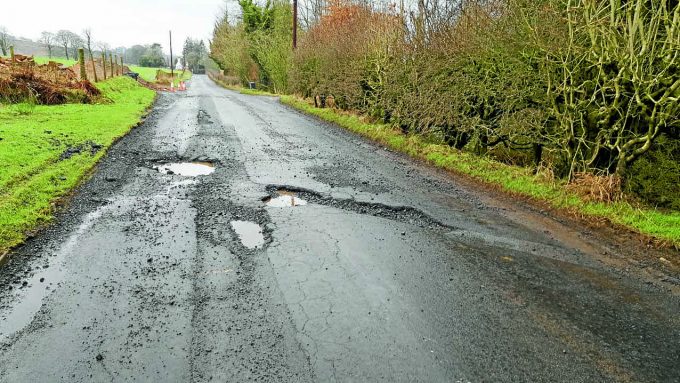 Frustrated and furious residents in Waterbeck say the B722 is at breaking point but that the situation is being ignored by Dumfries and Galloway Council.

And they want action, with some even calling for villagers to withhold their Council Tax unless the potholes and verges are fixed, while others want roads bosses to come and see the extent of the issue for themselves.

Anger has been bubbling over on one of the community Facebook pages, where over 240 comments have been left concerning the state of local roads.

There is particular concern that the C61a is still shut, nearly a year after an emergency closure was put on it, and locals are incredulous that no repairs have yet been carried out there – and they claim the resulting diversion via the B722 is causing road safety issues, as well as breaking up the carriageway in several places due to the amount of vehicles, particularly heavy traffic, now using it. Commenting, Alison Wilkinson said: “It’s awful! You take your life in your hands from Waterbeck to Eaglesfield. It’s dirty, messy and the area is getting ruined.”

Agreeing, Shona Arthur said: “The roads are at the point where you dread meeting an oncoming vehicle particularly as the potholes and verges are so bad.” 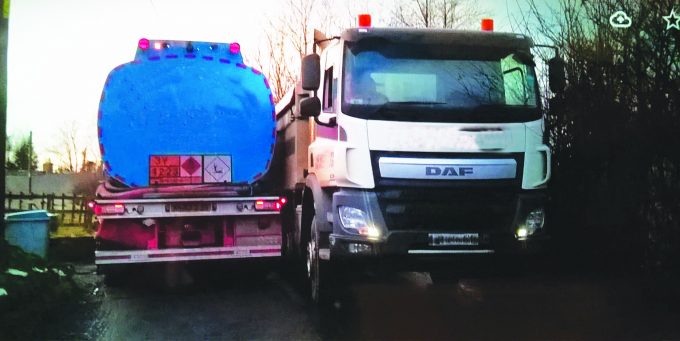 Heavy traffic passing on the B722 near Waterbeck

Victoria Hamilton added: “The roads are totally unacceptable and dangerous for both motorists, cyclists and walkers. I’m convinced there is an accident waiting to happen.”

And Colin Campbell Byers said: “The council need to get their act together or the B722 will soon be as bad as the road that is closed. “Unfortunately it’s only a matter of time before there is a serious incident. Give it six months and the B722 will be no more than a dirt track.”

Meanwhile, Jane Bloxham revealed she had counted 63 potholes between West Linnbridgeford and Eaglesfield of over ten centimetres in depth. “Patching is not the answer,” she said.

Waterbeck and Middlebie Community Council are in the process of organising a public meeting on the issue.

Responding, a Dumfries and Galloway Council spokesman said: “Resurfacing works were due to take place on the B722 this week at Falford Bridge, but have been postponed (weather). We’ll aim to reschedule and carry out these works in a couple of weeks, weather permitting. The road will be closed when works are taking place (9 am to 5 pm). Signage will be deployed in good time to notify road users of the works. Further resurfacing south of Waterbeck is due to take place in mid-March.” 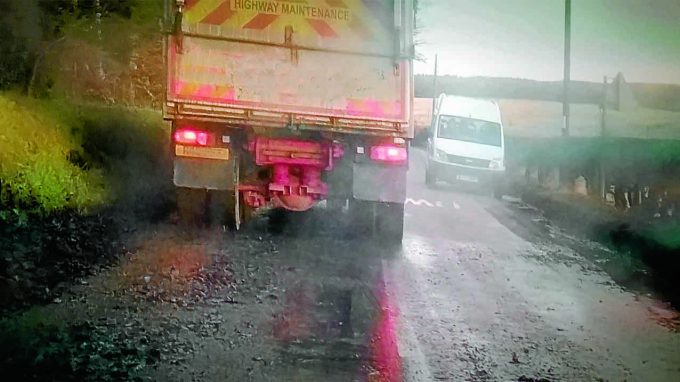 The school bus passes a lorry on the B722 near Waterbeck