A LOCKERBIE born curler has guided Team Europe to their first ever back-to-back Continental Cup title. 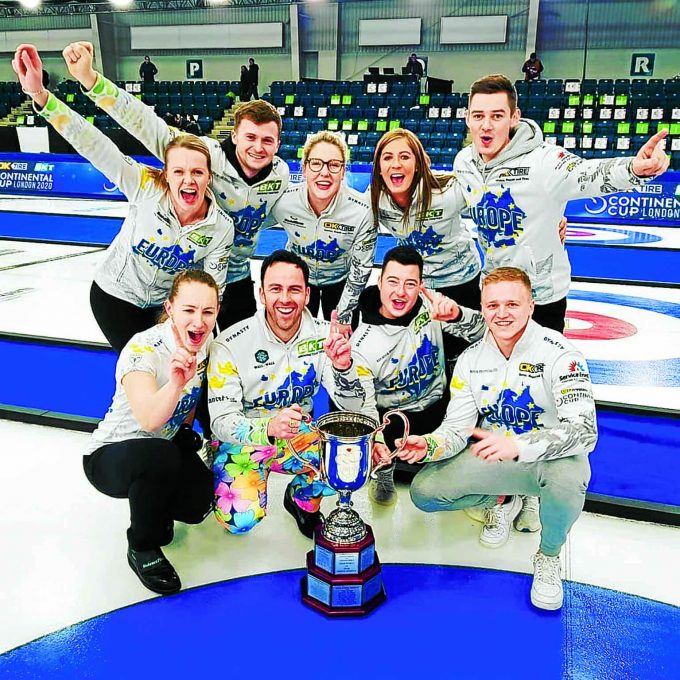 The annual event sees the best five European curling rinks — including Scottish champions Team Mouat with Dumfriesshsire curler Grant Hardie — take on the finest from Canada. Two-time curling World Champion, Murdoch said: “It’s an historic moment for Team Europe as we’ve never beaten an all-Canada team and to do that on their home soil is always extremely hard to do. The performances that the teams put on, the way they went about their business, the shot-making, the skill level in everything they did was just exceptional. We couldn’t ask for anything more as coaches.”

Europe built a 7-2 lead over their rivals with wins in all three draws in the first day of competition. In the build-up to the tournament it was billed as too close to call, but Europe had other ideas as they continued to storm through their Canadian opponents. Scottish curling legend Eve Muirhead and Stranraer’s Bobby Lammie helped Europe to a commanding 15-6 lead. Going into the final session of the event, Europe needed just four of the possible 18 points to clinch their second straight title. Despite a mini-Canadian fightback, Europe’s Oskar Erikson and Peter de Cruz scored a point each to secure the title at 31-16.5. After a quick team celebration, the teams returned to the ice to finish a shortened six-end draw and Europe went on to win by a final score of 37.5-22.5.

This was Europe’s second consecutive win after their 34-26 success last year in Las Vegas, which snapped a six-year run of defeats.

Dumfriesshire curler Hardie said: “We’re delighted that we defended the title we won last year. It’s something Team Europe had never done before. “The tournament is one of the enjoyable events we play during the season. It does brings more pressure as you’re in a bigger team but it’s more rewarding when you win together.”