Tuk tuk plan is a no no

A PROPOSAL for a new and alternative mode of transportation for Annandale has been rejected by Dumfries and Galloway Council. 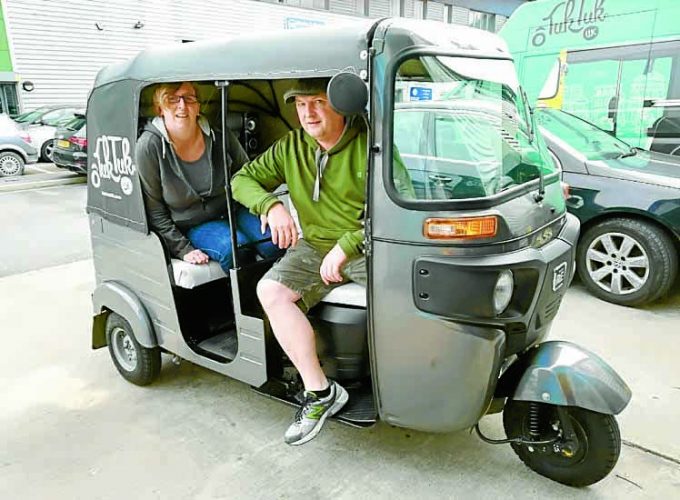 Duncan Irving, of Annan, was hoping to gain approval for his tuk tuk project and was planning to use the three wheeled auto rickshaws locally at events and weddings, to promote tourism and as a taxi service. But the brakes were put on his bid by the council’s civic government licensing panel, who last week refused permission on safety grounds.

Disappointed, Duncan said: “I am absolutely gutted that this idea has been turned down, 13 months of hard work dismissed.”

He had been working with Tuk Tuk UK based in Greater Manchester to produce the rickshaws and was keen to follow in the footsteps of cities such as Aberdeen, Brighton and Cardiff, which have already initiated tuk tuk services. And his business plan focused on the areas of Annan, Gretna, Lockerbie and Carrutherstown in particular. Duncan said: “I just wish I had a second chance to really promote this idea. “Over 20 members of the licensing panel must have asked me over 30 questions on tuk tuks in the space of 45 minutes.”

Despite his responses and reassurances, councillors erred on the side of caution, after safety concerns were cited by Dumfries and Galloway Police Division and the council’s transport manager Gordon Bryce, with worries regarding the doors, seat belts and speed high on the agenda.