Trio put in 60 years of service at roof firm

THREE long-serving staff members at Lochmaben-based Russell Roof Tiles have been recognised for achieving a combined 60 years of service. 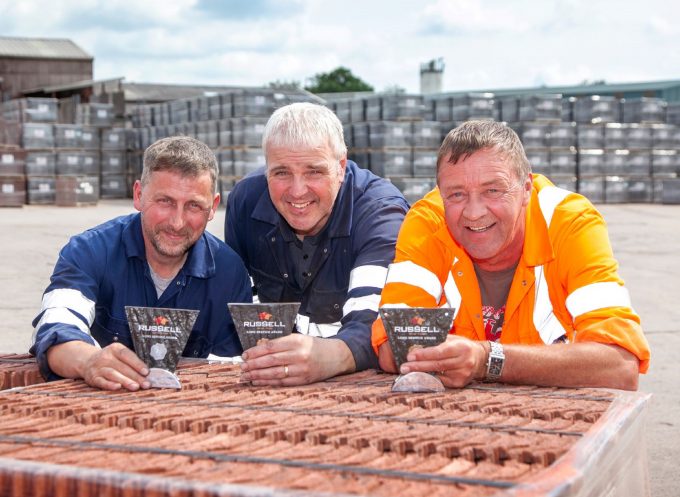 Colin Stevenson has worked at the roof tile manufacturer for 30 years, while Andrew Jackson and Douglas Campbell have both worked at the 11-acre Halleaths site for 15 years respectively.

Over the years the group have worked in various areas of the business, and have all progressed into senior roles at the plant.

Colin, 58, who has lived in Lochmaben all his life, joined Russell Roof Tiles in 1989 as a plant operator but has since progressed to yard supervisor; Andrew, 52, from Lockerbie, began his career as a mixer operator in the utility plant and is now a production supervisor; while Douglas Campbell, who lives in Dumfries, started as a maintenance fitter and now works as a maintenance manager.

Reflecting on the past 30 years, Colin said: “The company has been good to me over the last 30 years, and the people make it a great place to work.”

Douglas added: “Receiving my long-service award demonstrates to me that the company recognises our hard work, and appreciates us as integral members of the business”, and Andrew said: “There’s encouragement for progression here, and that is reflected in the awards.”

Congratulating them, Andrew Hayward said: “Colin, Andrew and Douglas are important members of the team at Lochmaben, and we’re delighted to present the trio with their long-service awards.

“The awards not only recognise the hard work they have put in over the years but also says thank you for the commitment to Russell Roof Tiles as a business.”