TWENTY teams have been confirmed for next month’s Tour of Britain, which will be in Kirkcudbright – with some of cycling’s biggest names taking part. 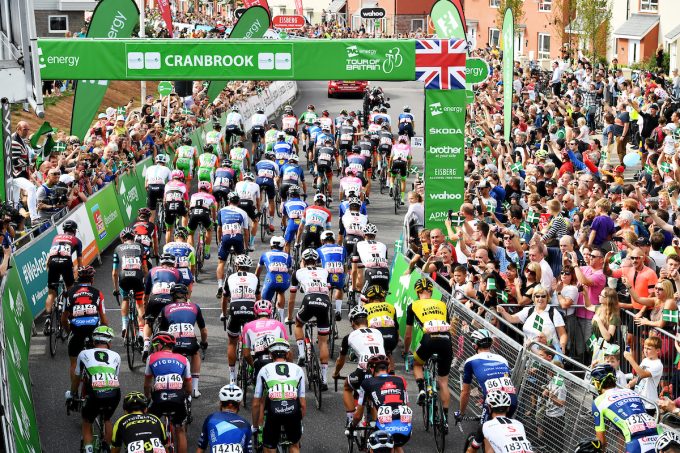 And 11 teams will be fresh from competing in the Tour de France, including the French AG2R La Mondiale squad of Romain Bardet, who make their first appearance since 2009.

Five UCI ProContinental squads will compete, led by Corendon – Circus Cycling Team, who are already confirmed as bringing rising star Mathieu van der Poel to the race, while the Israel Cycling Academy team will make their debut with a potential line-up including the last back-to-back stage winner in the Tour of Britain Matthias Brändle and former Irish national champion Connor Dunne.

Joining them will be Belgian squads Wanty – Gobert Cycling Team and Sport Vlaanderen – Baloise, who have both previously enjoyed riders winning jerseys in the OVO Energy Tour of Britain, and the Danish Riwal Readynez Cycling Team team who impressed on British roads this spring with a stage win in the Tour de Yorkshire for Alexander Kamp.

British fans will also be able to cheer on the Great Britain cycling team once again, with the line again expected to feature the best British professionals from outside of the teams competing, combined with the next generation of home stars, such as Ethan Hayter who took four top 10 stage finishes during the 2018 race for Great Britain.

Race director Mick Bennett said: “Once again we’re delighted to welcome such a strong line-up of teams to the OVO Energy Tour of Britain. I think we’re in for an exciting eight days of racing in September.”

Kirkcudbright will host the day one finish line on September 7.