AN award-winning writer stopped off in Annan on Wednesday to meet fans and talk about his latest film. 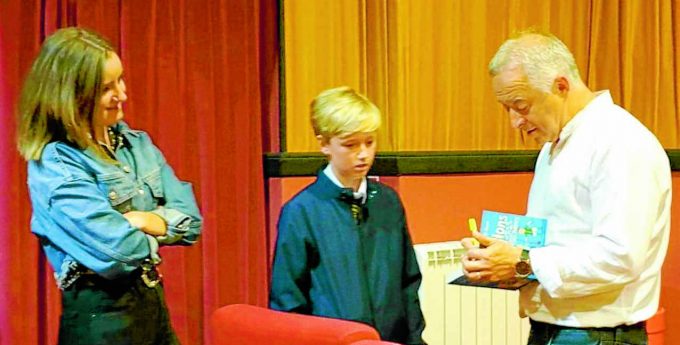 The film stars Bill Nighy as the patriarch of a family torn apart by disagreements over Scrabble, and follows him as he tries to bring his family back together.

About 40 film fans turned up to hear the respected writer talk about how the film was made, and Frank took the time to sign copies of his books Millions and Framed.

Frank is a self-confessed fan of Dumfries and Galloway, and has praised the family-run Annan cinema on Twitter following previous visits.

He also told audience members that he is currently in discussions with a major Hollywood studio to turn his book Sputnik’s Guide to Life on Earth, set in Kirkcudbright, into a new animated feature film.