APRIL 1 will herald a new dawn for the region with the official start of the South of Scotland Economic Agency (SOSEA). 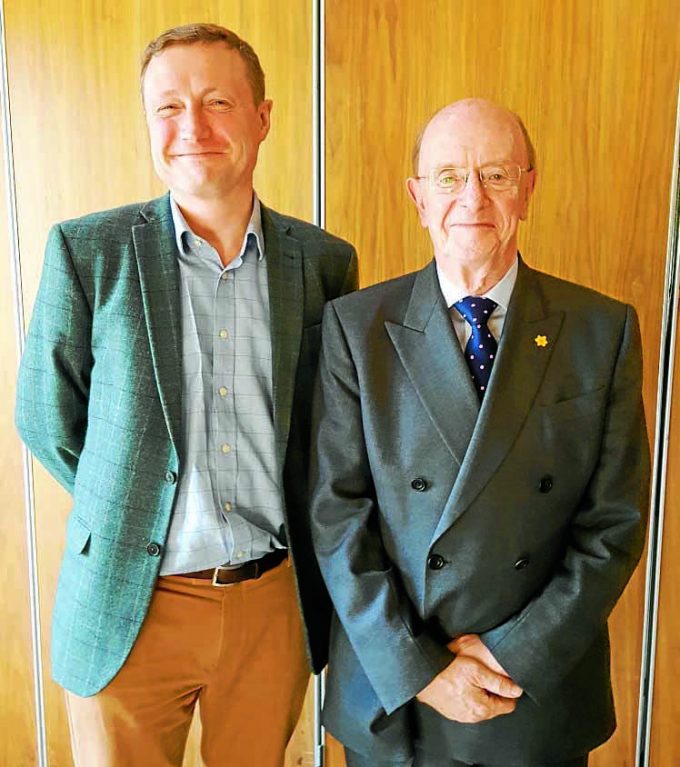 And the officials at the head of the new organisation say they want to inspire the region to ‘think bigger’ and to become a centre for investment and growth.

Setting out their vision at a launch event in Gretna Green last Thursday, SOSEA chairman Professor Russel Griggs OBE said: “We will be trying to do things in a fresh way. It will be a holistic approach to economic development with more focus on equality and inclusivity and growth.

“It’s about understanding that there’s a whole panoply of things that go around this and we have to get them all right. One size does not fit all.”

And interim chief executive Nick Halfhide added: “It’s not just about economic growth, but also about a strong sense of community and the wellbeing and social agenda. This is a region of huge potential and huge creativity. It’s not reaching its potential and what’s exciting about the agency is realising its potential.”

A ‘health check’ has been done on the south of Scotland with public transport emerging as key for many businesses. Another priority for SOSEA will be the workforce and the demographic of the area and Mr Halfhide is keen to get more people to stay in the region, as well as more moving in to trigger vibrancy and economic growth. He said: “There are three things a community needs to move forward: ambition, leadership and an asset. That will base the way we go forward with communities.”

Their first project, a £7m learning skills network in colleges, opened recently and took 18 months from the original idea to delivery. Prof Griggs says there will be other immediate projects but warned against unrealistic expectations and added: “We might start to see little things happening over the first year but we’re not going to see any big things for a while. We should not be measured on the first year, economic development is about the long yards.

“If we can get transport right and start to get some of the stuff around skills right then that will start to help. It just takes time. This will not happen overnight. Highlands and Islands took 54 years to get to where they are and we will learn and grow as we do it.”

However, he believes it’s a prime time for the area, saying: “The south has for the first time, a much louder voice in government than it has had and the government is listening. We have already stopped being ‘the forgotten region’.”

Recruitment for the agency is still ongoing with the senior leadership team in place and by April 1, there will be 30 staff on the ground. They have a mix of local and external backgrounds in a bid to ensure SOSEA looks ‘outwards as well as inwards’.

Split into geographical teams, they will work from hubs across the south and will be out and about talking to businesses and communities. Prof Griggs said: “We have got lots of places to cover. We will work out where demand is and where the need is. We will be everywhere. We will be whatever we have to be for the needs of each area. We will try and make it a level playing field.”

He is expecting ‘all sorts of different issues’, saying: “We have different challenges and different opportunities in the south of Scotland.

“It’s a microbusiness community. We will have to do things in a different way.

“I think we will end up spending our money in a lot of places but in small amounts.”

And Mr Halfhide sees their ‘powerful role’ as bringing together the power players and facilitating change. He said: “We will say ‘this is what the south needs to sort it out’. One of the things SOSEA will bring is more people on the ground to make things happen. “Individuals and businesses need help figuring out what the ideas are and what they want to do, how to do things better.”

There will be different themes, including agricultural, tourism and creative industries, but they do not want to ‘get too hung up on them’, as Prof Griggs said: “There is an opportunity for communities to become more confident and find their voice in the future. “Communities have to change that narrative and rise to the challenge.”

Meanwhile, Mr Halfhide said they will go and look for businesses to come in but highlighted the area’s demographics as a challenge, saying: “The biggest challenge is getting work age people here, that will be a need for the region – and that helps keeps schools open and the vibrancy of an area.”

As SOSEA finds its feet, the £85m Borderlands Growth Deal will also be coming to fruition and the pair believe it’s more ‘good news’ for Dumfries and Galloway. Mr Halfhide said: “You need other things around Borderlan