The barns that Burns built

TWO buildings erected near Dumfries by Robert Burns have been identified for the first time.

A conservation study by Historic Environment Scotland into Ellisland Farm, where Auld Lang Syne and Tam o Shanter were written, found that a barn, byre and stable were erected by local masons working to his instruction.

However, the report also found they are at risk without £500,000 worth of repairs. This includes the farmhouse housing a collection of Burns’ items, including his flute and fishing rod.

The study was conducted by Dr William Napier, a chartered building surveyor and heritage consultant, with support from Dr Gerry McKeever, of Stirling University.

Dr McKeever’s research into previously unseen 18th century maps cast new light on Burns at Ellisland – as did tenancy documents signed by Burns. The research shows the bard was a modernising farmer at the cutting edge of the 18th century agricultural revolution.

The report says Ellisland should be categorised as of “exceptional” historical and cultural interest and its setting should be protected.

Dr Napier believes it is the least changed of all the poet’s homes, saying: “If Burns walked through the gate today he would recognise the farm that he established.

“We can be confident that Ellisland Farm is probably the most authentic site associated with Burns’ lifetime and I think that makes it a really important place.”

Robert Burns moved to Ellisland after marrying Jean Armour. He was offered the choice of three farms by Dalswinton landowner Patrick Miller. The one he selected is often described as “the poet’s choice” because the ground was as poor as the location was idyllic. Burns designed the farmhouse with a parlour so he could write overlooking the Nith. His time there was exceptionally creative – he produced one third of his musical output, despite also taking on the role of an excise officer.

Commenting on the research, Dr McKeever said: “Two newly rediscovered maps of Ellisland dating from 1787 and 1817 provide major evidence of Burns’s work as an ‘improving’ tenant farmer. Especially when paired with other surviving archival material including Burns’s lease or ‘tack’ for the farm, the maps illustrate the poet’s role in constructing various key elements of the site, including the field enclosures and surviving buildings.”

Joan McAlpine, business development manager at Ellisland described it as “an incredible piece of historical detective work”, adding: “The repairs the report identifies will cost about 25 times our annual income so pose quite a challenge. We have already received an award of £10k from the Architectural Heritage Fund/William Grant Foundation for emergency work, but well as repairing the buildings, we need to repurpose and improve them, to generate the revenue needed to operate as a museum and visitor centre.

“Our long term aim is to make Ellisland a centre for creative learning. Auld Lang Syne and a third of Burns’s musical output was produced here and we want it to inspire a new generation of artists the way it inspired the bard.” 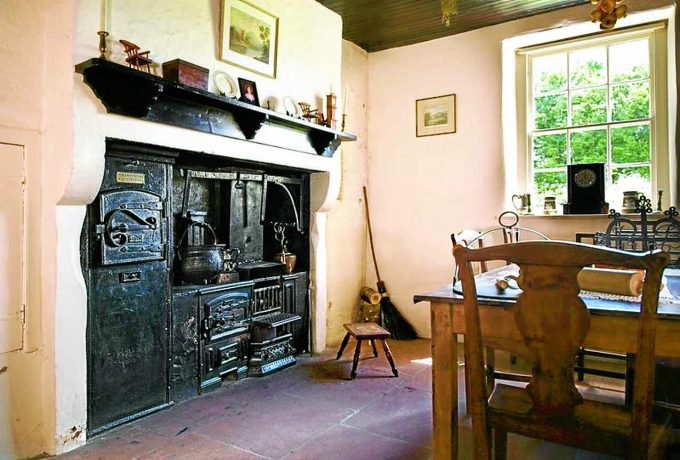 Hotel team save up for life saver

With the Common Riding getting the green light this year, the town is ready to choose a Cornet.

Dumfries and Galloway Council have set aside £135,000 for a summer of socialising

DEMOLITION of a rundown town centre building in Dumfries is finally set to begin on Monday.