Teen shares the struggles of life with a stutter

KING George VI, Joe Bidden, Lewis Carroll and Moffat’s Charlie Dow . . . what do they have in common? 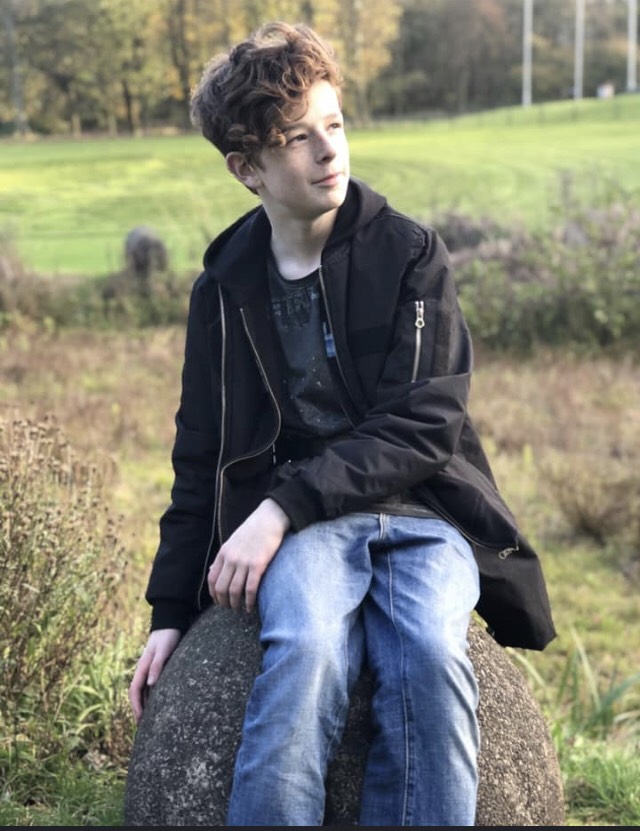 KING George VI, Joe Bidden, Lewis Carroll and Moffat’s Charlie Dow . . . what do they have in common?

All four have been known to stammer.

Fifteen-year-old Charlie has had a stammer since the age of nine and, in honour of International Stuttering Awareness Day 2019, which took place on Tuesday, he wants to share his story.

The fourth year Moffat Academy pupil said: “I’ve stammered since I was nine, I have no clue how it started. Before I developed it I had a few speech problems, but nothing too bad.

“In day-to-day life I’m scared to talk to almost everyone: my friends, the bus driver, the shopkeeper. I tended to avoid every speaking situation before my intensive speech therapy.

“School has definitely brought the most problems, I couldn’t socialise to make many friends, asking teachers for help was extremely difficult, and I always dreaded any oral tests, sometimes just even walking out to avoid it.”

Charlie received NHS speech therapy for as long as he can remember, but says the real turning point was a year ago in October 2018.

He said: “I went on the McGuire Programme which is an intensive stutter therapy course, and that has made a huge difference in helping me control it.”

The McGuire Programme was created in 1994 by Dave McGuire, a life long stammerer.

His method is based on breathing done by many opera singers (called “Costal Breathing”) and a traditional psychological approach known as ‘non-avoidance’.

From this, more components, such as sports psychology and ways to counteract the freezing, struggle and distortion, were added to refine this physical and mental/emotional approach, resulting in a profound improvement in Dave’s own speech.

Soon, the word was out that there was something new and effective available, and those seeking an answer made the trip to Dave’s home in Holland for his four day course.

Before the end of the year, Dave was inundated with calls for help and within five years the method was taught around the globe from Dubai to Norway.

Looking to the future, Charlie said: “I hope to do a music technology course in Fife, and then move to Canada to become a sound technician. I believe my stutter will be more under control by then and I hope to do well.”

Offering advise to fellow stutterers, he added: “I’d advise anyone with a stutter to stick in there.

“It is an actual hell to live with every day, always scared to go out and talk to anyone.

“There are people out there who know what you feel like, and I’d really advise the McGuire programme as it has changed my life.”

And now he hopes to raise as much awareness as possible, he said: “I personally don’t think enough people are aware of chronic stuttering and the general public needs to know more about it.

“I’m trying my best to raise awareness by talking to newspapers and sharing my story on social media.”

Get the full story in the Moffat News
Next issue published Thursday 4th June 2020.