Steven steps it up for marathon challenge

AN ANNAN supermarket manager is preparing for his most challenging fundraiser to date by taking part in the London Marathon in April. 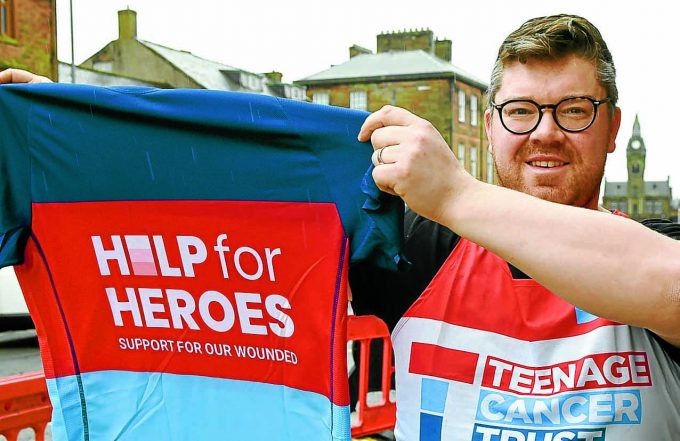 Steven Farnhill, who is no stranger to raising money for charity after doing the Three Peak challenge in 2019 and Hadrian’s Wall walk in 2017, is now going to tackle the world famous 26 miles in aid of the Teenage Cancer Trust and Help for Heroes. He has set himself a fundraising target of £500.

After entering a ballot last May to participate in the event, Steven, who lives in Brydekirk, was completely shocked to be selected and said: “To be picked was complete luck, especially when thousands and thousands of people apply to be involved. I’m thinking it’s going to be really hard, but I like doing as many of these challenges as I can. I feel like it’s an obligation to do it when you have good health to help people and their families.”

Training is beginning to take shape with Steven, who works for Aldi, running every second day and increasing the number of miles to be ready for Sunday April 26. He is hoping for a finishing time of about four hours and said: “I am in no illusion that I’ll be getting under three hours, that’s for sure, and there’s no chance of doing fancy dress, the marathon is tough enough in just normal running gear.”

His chosen charities are close to his heart, in particular Help for Heroes as he has a military background. He said: “I was in the army for five and half years and did an eight month tour of Iraq. “There are people who I toured with that were not lucky to come back home or not with their health in complete tact.”

Anyone who would like to donate can do at www.uk.virginmoneygiving.com/StevenFarnhill/1