A LOCAL researcher has discovered that one of Annan’s most famous landmarks can be seen from space. 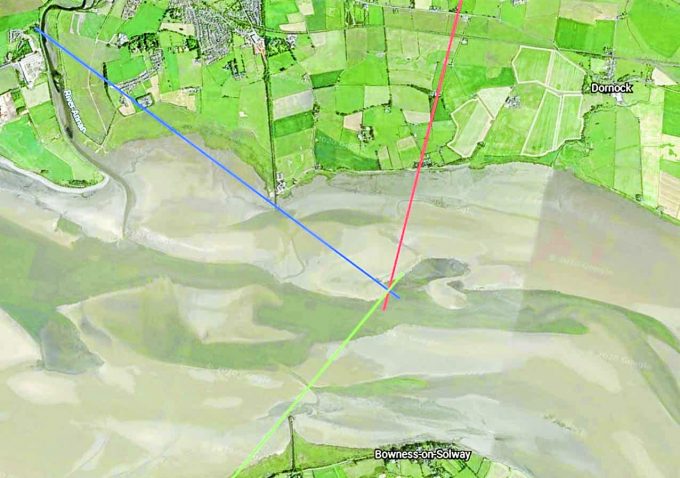 Jamie Grant regularly uses his drone to capture photographs of the town where he lives from a unique perspective.

And an interest in the Altar Stane, which marks the eastern boundary of the Royal burgh, led him to discover that it had already been documented by cameras in the sky – attached to the Google Earth satellites.

Jamie said: “The stane is positioned about halfway across the Solway and is often covered by sandbanks. Although the stane is shown on various maps they don’t always confirm the same spot, and with it only appearing very infrequently the exact position is sometimes a bit of a mystery. I’ve always been interested in this topic and hoped one day to fly my drone over the area and record its location for posterity.

“Recently I was out on my daily walk near the shore at Seafield and came across the haaf-net exhibition at the fisherman’s huts, where I was taken by an interesting picture of the stane I had never seen before. The picture was taken by local haaf netter Allan Warwick and I noticed it had Cochrans and the old north viaduct lined up in the background, which would mark its position along the same line.” 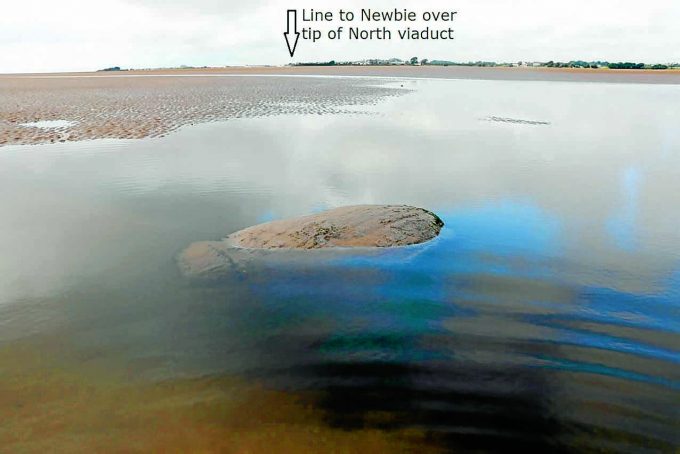 LINING UP . . . the first reference point lines the Altar Stane up with Newbie and the tip of the old North Viaduct. Picture by Allan Warwick

Jamie made contact with Allan who has taken numerous pictures of the Altar Stane over the years. From the photographs the pair were able to establish two further reference points, using the Anthorn masts and old south viaduct from one picture and a stack from Chapelcross in another. Jamie then mapped the reference lines using Google Earth, hoping they would cross the same spot in the Solway Firth.

He continued: “I was taken aback when the lines all crossed at the same position. But when I zoomed in I could not believe my eyes, there beside the cross was a large object. 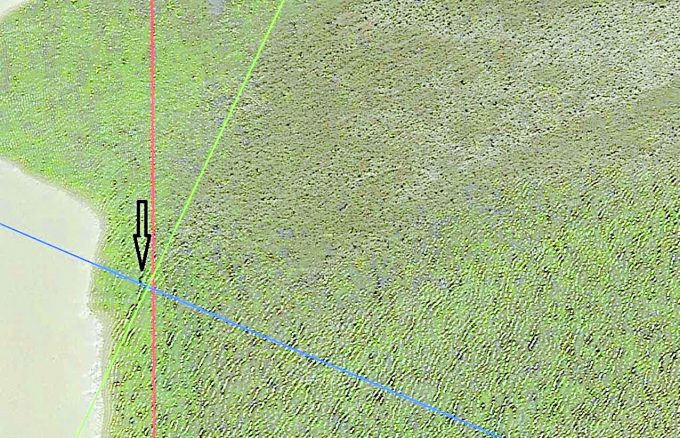 FROM THE SKIES . . . a large object can be seen just beside the intersection of the three reference lines

“I sent the picture to Allan and he confirmed it looked right, and it also had the large boulder field seen to the east of the object. By some fluke it looks as though Google Earth have mapped the Solway on a rare occasion when our famous landmark was visible.”

Once lockdown is over Jamie hopes to fly his drone out and confirm the satellite images with his own photographs. He said: “Although the position is better known, no one should attempt to walk out into the Solway without the support and knowledge of our local fishermen. When we get back out I hope one day to fly over the stane and complete the story.”

Get the full story in the Annandale Observer
Next issue published Friday 29th May 2020.