Someone’s knocking at your door

ONE lucky person in Moffat has got plenty to celebrate after they scooped an incredible cash prize of £30,000 thanks to their postcode. 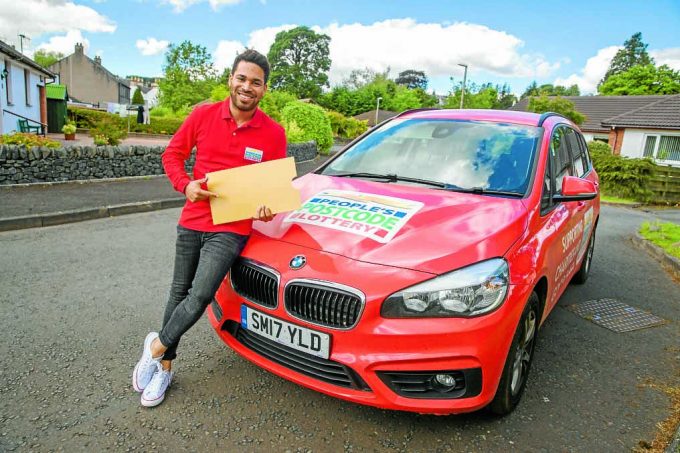 The Millmeadows resident landed the lump sum when DG10 9BL was announced as a winner with People’s Postcode Lottery last Saturday.

They were the only person playing with the postcode and chose to remain anonymous but had anyone else been playing with DG10 9BL, then they also would have won the £30,000 prize.

Offering her congratulations, People’s Postcode Lottery ambassador Judie McCourt said: “I’m over the moon for our lucky player in Moffat and hope they treat themselves to something extra special with their windfall.”

A minimum of 32 per cent of ticket sales goes directly to charities and players of People’s Postcode Lottery have helped raise more than £438 million to date for good causes across Great Britain and internationally.

This draw was promoted on behalf of Clic Sargent, which has received over £6.7 million thanks to player support. This funding is enabling the charity to provide vital emotional, practical, financial and clinical support to young cancer patients and their families.

The funding is enabling the group to buy equipment for a sensory room at Georgetown Community Centre, accessible to all local families. The room provides young children, particularly those with learning disabilities or sensory development problems, an environment that will improve vocalisation, gross motor skills, colour recognition and learning.

Get the full story in the Moffat News
Next issue published Thursday 4th June 2020.