THE region is on amber alert for heavy snow later today and into tonight.

The Met Office has issued the weather warning for parts of Dumfries and Galloway for this afternoon and evening (2-9 pm) and the council say their gritters are out in force.

Forecasters say heavy snow showers will lead to transport disruption over parts of Southern Scotland, particularly in and around Thornhill and Moffat, with the M74 likely to be affected too.

They also say it could mean delays on the railways and possibly even power cuts.

Meanwhile, a yellow warning for wind and snow remains in place for the rest of Dumfriesshire.

Police are advising against travel in the worst affected areas.

They have also revealed that the Whitesands in Dumfries is expected to flood at about 3.30 pm today (Tues) as a result of the recent bad weather. Anyone with a vehicle in either car park is asked to remove it asap. 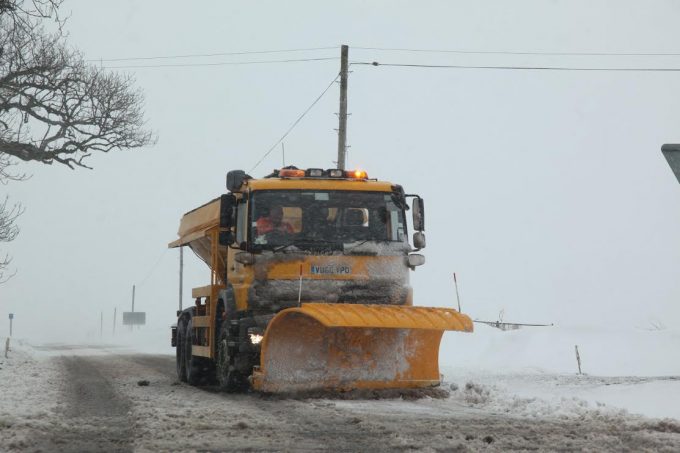 Syme in US debut

DUMFRIES golfer Connor Syme has teed off for the first round of the US Open began.

A DUMFRIES singer-songwriter is excited to release a new track today.

AN update on refurbishment works at some of the region’s primaries has been given.

Missing for a week

Eyes to the sky for Spitfire