FOUR women from the region have shared their stories in a bid to encourage you to go for your smear test. 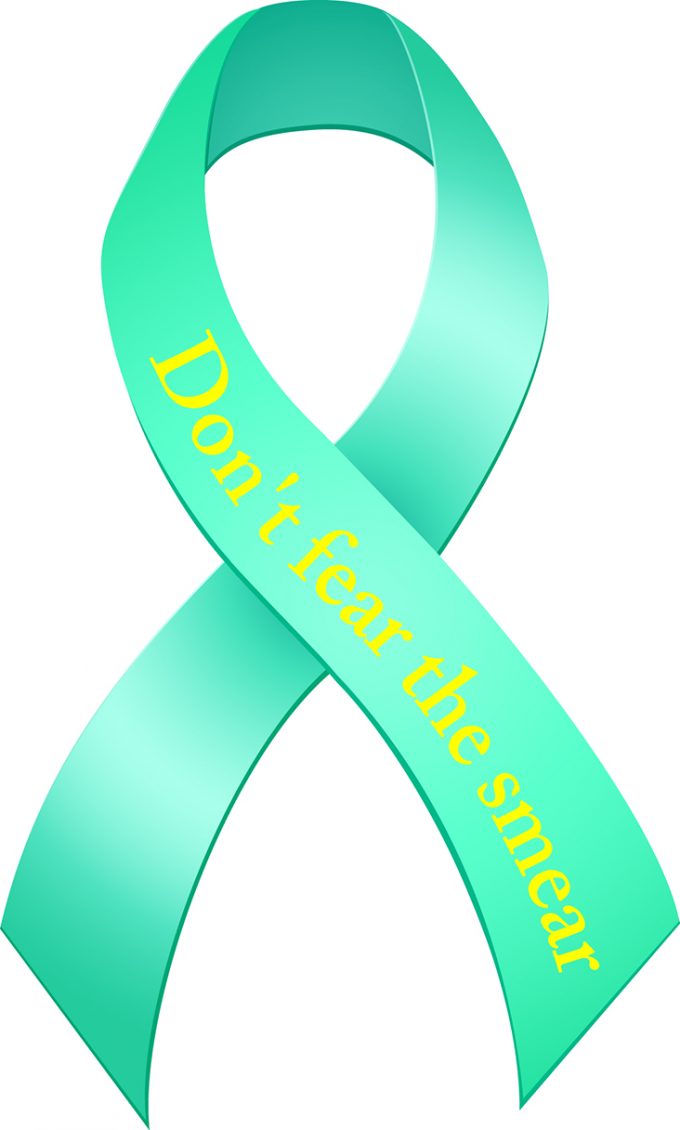 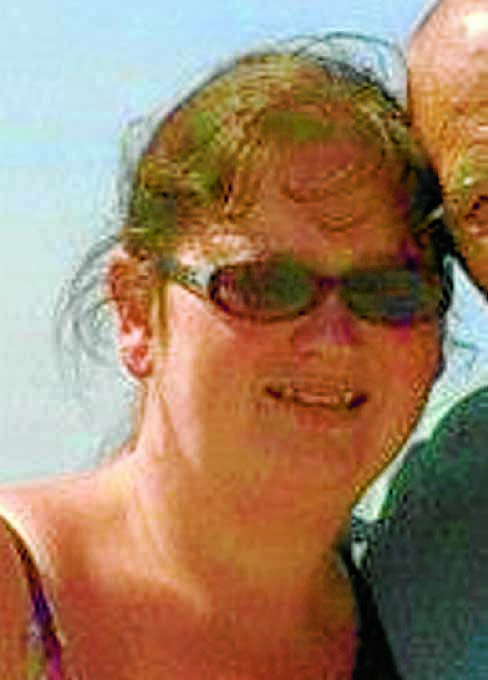 MUM Hazel Moore has a busy life and for 14 years she never got round to going for her routine smear tests.

“Life just got in the way,” she said.

But earlier this year she finally decided it was overdue, prompted to go after a friend had an abnormal test.

The procedure was quick and easy and Hazel, who lives in Kirkpatrick Fleming and has two children, ticked it off her list and went back to normal.

So, she was shocked when eight weeks later a referral and an appointment for a colposcopy dropped through her letterbox.

Explaining what happened next, she said: “Long story short, a biopsy was taken and cells burnt away and I was told it would be three weeks for results.”

Unfortunately, cancerous cells were found in the biopsy and they were sent to Edinburgh to a specialist oncology gynaecologist to look at.

Last week Hazel, 39, travelled up to the capital to find out more. She said: “My Dumfries consultant said it’s stage 1A.

“The Edinburgh consultant then said that the cancer margins taken were right up to the margin so they are wanting me to have a repeat loop done in a few weeks to make bigger margins, i.e. remove healthy tissue around where the cancer was to give it less chance to spread. Hopefully after this next procedure, that will be it, with just regular smear tests.

“We spoke about if it kept coming back and I’ve said to, in my own words, ‘wap it all out’. At the end of the day it’s my health I want, not my vanity anymore. I am feeling absolutely fine about it all, just dreading the procedure which is uncomfortable but necessary to get over this.”

Following her own experience, she’s pleading with other women locally not to dodge their smears and said: “Please, please go for your smears. I am ashamed of myself for putting off such a routine procedure because life took over and probably vanity.

“I was also told if it was this time next year, it would be a totally different story. I don’t know what the future holds but it could have been a hell of a lot worse.”

Hazel thanked her family and friends for their support and praised the NHS staff as amazing, adding: “My smile is still on my face. If one lady is prevented from what I am going through, then at least my stupidity is helping someone else.” 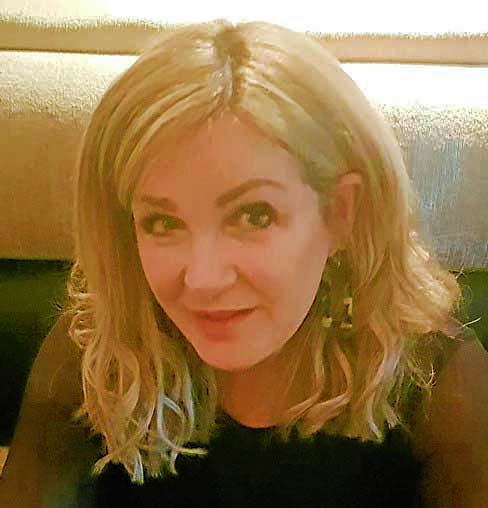 Alison
“I WOULDN’T be here today if I had not gone for my smear,” says Alison Wilkinson of Waterbeck.
The hair salon owner hopes her story will encourage other women to get tested.
She said: “I always went regularly for smears, then one came back abnormal. So, they referred me to the colposcopy clinic.
“I attended there every six months and they took samples off my cervix.”
After one of her appointments doctors noticed a change in the cells – they were showing signs of cancer.
Alison was then recommended a cone biopsy, but instead opted for laser treatment to kill the cells. She said: “That was successful. Then afterwards, I attended every six months and then yearly.
“It was all a success so eventually they discharged me from the clinic and I went back to having normal smears again.”
Relieved everything was caught early, she added: “If I hadn’t gone for my smears, I would have had cancer and not known I had it. It is so, so important to go.” 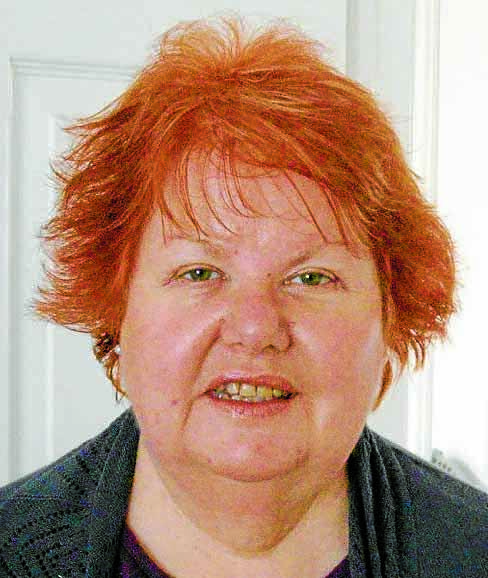 SANDY Stevenson is a regular visitor to the area with lots of family connections to Annandale and Eskdale.

And from her home in Australia she’s adding her voice to our health campaign and sharing her own experience.

Sandy said: “I used to have regular pap smears and then one came back positive. So, I had another one to confirm it and ended up having a cone biopsy and then a hysterectomy.”

She is a strong supporter of the HPV vaccination programme and said: “Young girls should have the vaccinations for the papiloma virus as it has almost eradicated the problem in some countries.”

Sandy’s husband is from Beattock and attended Moffat Academy before he moved with his family to East Africa then Australia. His grandparents used to live at 38 High Street in Lockerbie, where they had a bike shop. 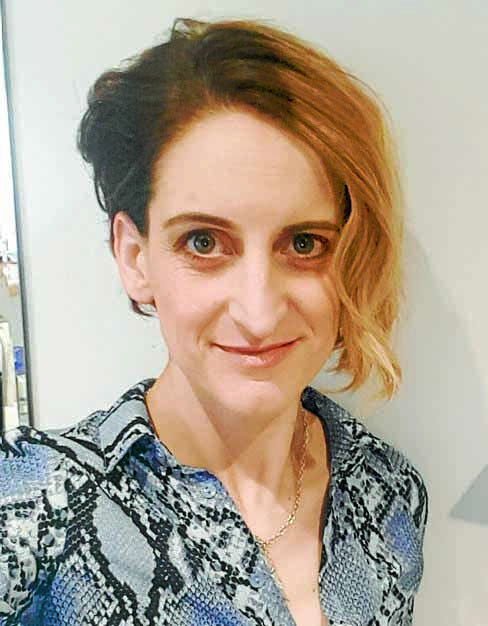 Louise
A YEAR ago Louise Ross from Annan was recovering from surgery and coming to terms with her cervical cancer diagnosis.
Since then she has been on a mission to encourage women everywhere to attend their screening appointments.
Her own disease was picked up as the result of a routine smear test when she was 34.
Biopsies found it was in the early stages and after a radical hysterectomy, the mum-of-two was declared ‘cancer free’ last summer.
Louise, a former soldier turned fitness coach and leisure attendant, said: “I had no symptoms and no idea.
“I was called for a regular smear test in 2017 and it came back abnormal, so I had to wait six months and return again. I had an abnormal result ten years ago and then it had come back clear after that, so I was not massively worried.”
However, the follow up test in 2018 also returned an abnormal result and she said: “At that point alarm bells started to ring. Deep down I knew something was going on, but I still had no symptoms.”
A colposcopy followed at Dumfries Infirmary, with a microscope inserted to look at her cervix. Louise said: “The colposcopy was fine, not painful. The doctor found where the abnormal cells were and removed them on that day and they were sent off.”
It turned out that she had large cell neuroendocrine carcinoma of the cervix, stage one A.
Events then accelerated and Louise said: “I had researched the treatments and seen for the most part that hysterectomy was the most preventative, so I had prepared myself for that. Because of the aggressive nature of cancer, they wanted to take aggressive action.”
The operation was carried out in Edinburgh and she was home two days later. “It was very full on from diagnosis,” said Louise. “The support was there from the start and it made it easier to deal with.”
She has been open about the whole journey and said: “I know for a fact that sharing my story has made a difference with people who had never been before for a smear and put off it doing it.
“At least some positivity has come out of my situation.”
She has also become a supporter of the Jo’s Cervical Cancer Trust and undertook a 24 mile Cancers of the Rainbow walk from Annan to DGRI in February with a group of friends in aid of Macmillan Cancer.
Louise added: “Cancer should not define you. I want to be able to say I had it, but it made me aware of life and what you can do with it and I want to make things better for other people.”