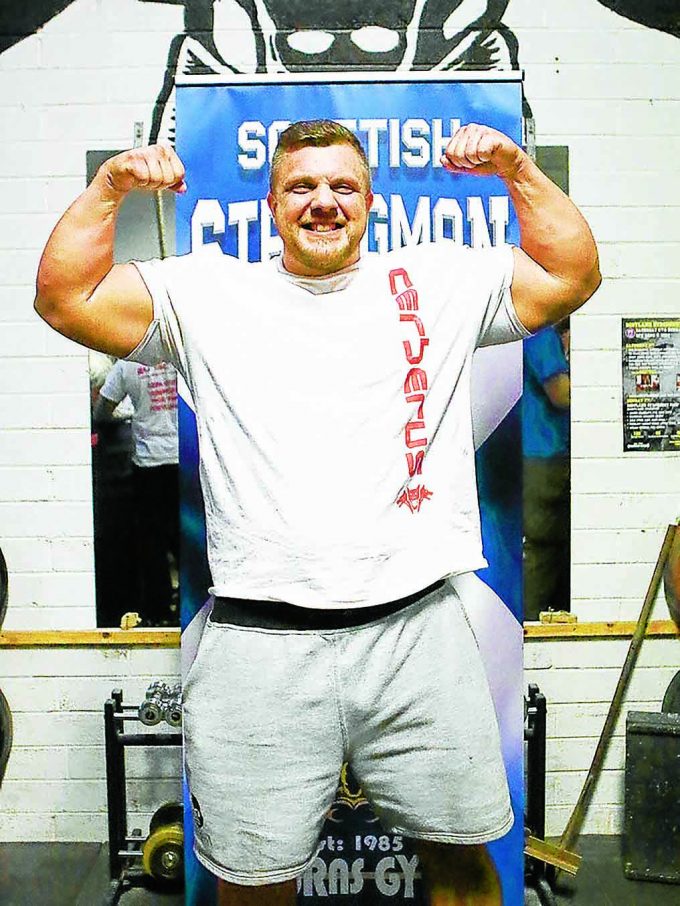 A mammoth entry of 36 strength athletes from across the country converged on Burns Gym in Racks, Collin, to tackle six gruelling events, testing every aspect of strength, stamina and willpower.

They were each hoping to bag a place at the prestigious Scotland’s Strongest Man final, which will be held in Glasgow in September.

Among them were some local lads hoping to secure a national finals spot, including Grant Drennan, Bryan Smith and Steven Fraser from Dumfries and Lochmaben’s Neil Anderson, who was added to the line-up of competitors just minutes before the competition started.

Graham said: “I always try to support Scottish strongman and it just gets better and better.

“Every year I come there are new guys that surprise me, and it’s great to see so many guys taking part – to have nearly 40 here is brilliant.”

Among the events taking place on the day were a 130 kg log press for reps, a gruelling 167 kg Husafell Stone carry, a deadlift increasing in weight up to 330 kg, and the iconic Atlas Stones.

The honour of being lead qualifier went to five- time Scotland’s Strongest Man Luke Stoltman, pictured, who was taking part in qualification after losing to his brother Tom at last year’s finals.

Luke had received his invitation to compete at his fourth consecutive World’s Strongest Man just one day earlier.

He said: “This competition was where it all started for me six years ago, I came here as an unknown and my journey grew from there.

“It’s great to see a big turnout of athletes and spectators, it shows the popularity of Strongman in Scotland just now.”

Both Luke and his not- so-little brother Tom said they owe much of their success to Stuart Murray, who has been organising Scottish strongman competitions for decades.

Luke continued: “We owe a lot to Stuart, he’s been a great believer in myself and Tom and he really believes in giving athletes an opportunity and a platform.”

The top 20 qualifiers will join defending Scottish champion Tom Stoltman at the finals at SFN Expo at Glasgow’s SEC on September 21 and 22.