Scott speaks from self isolation

A DUMFRIES born barber has shared his advice for anyone who may be forced into isolation by coronavirus. 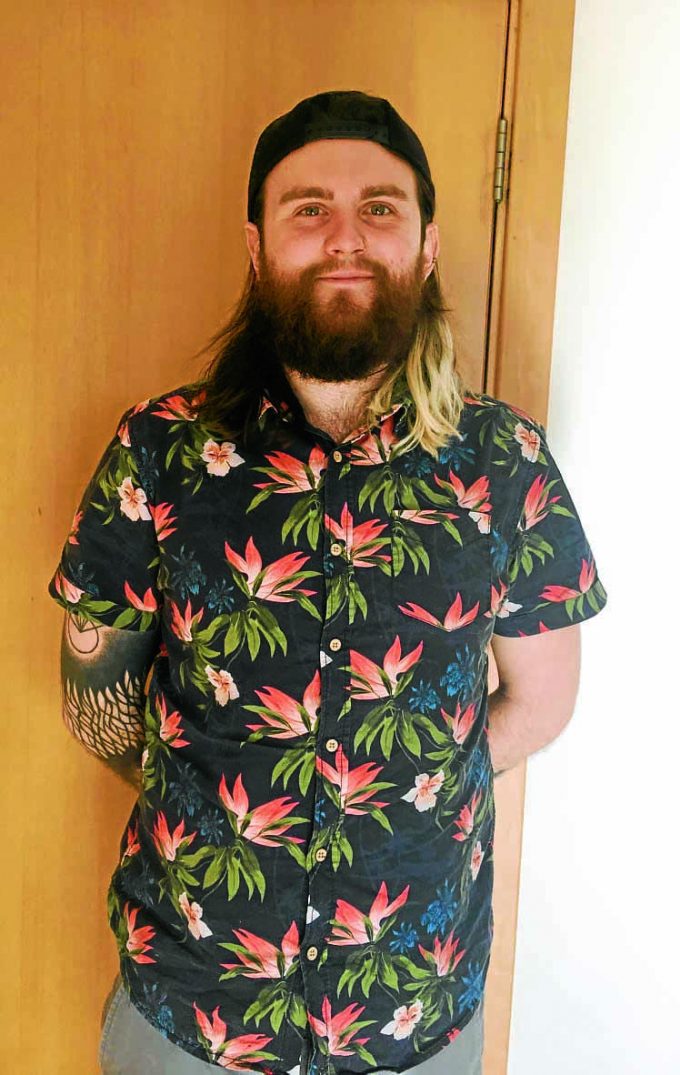 Despite not having an official diagnosis, Scott McKie has been in self-isolation in his Glasgow home since Sunday after coming down with the tell-tale symptoms of a persistent cough and high temperature.
And speaking yesterday, the 24-year-old explained what the experience has been like.
He said: “I work in a busy barber shop in Glasgow so I was sort of expecting that I’d inevitably get ill, and that when I did I couldn’t go into work in good conscience for fear of it spreading to countless others who are potentially more vulnerable to the effects of it than I am.
“I had a really bad fever on day one, I couldn’t take my actual temperature due to a lack of thermometer but I was burning up to the point I was actually quite nauseous from it. Thankfully that only lasted a few hours.
“I’ve had a sore throat since the beginning, which started out scratchy but is now definitely sore and swollen, particularly first thing in the morning.
“I’ve got a few general aches and pains, the way you usually do with the flu – muscle aches, sore joints etc – but nothing too bad.
“It sounds hellish but honestly, I’ve had worse colds.”
He added: “I’m lucky enough that Im young and, to the best of my knowledge, not especially vulnerable.
“If it wasn’t a pandemic I’d have seen me still going into work feeling like this.”
Scott said his overall energy levels have been fairly good since the first day and he has been well enough to cook and move around the flat.
Sharing his advice for anyone who might find themselves in isolation, he said: “If you’re someone who needs structure and routine, keep that in your day – do a few little chores you have been putting off, look up equipment-less exercise you can do at home, use the space time you might find you have to teach yourself a new skill.
“Shop like you want to be comfortably couch-potatoed at home for a while, not like you’re never going to see the sun again.
“Once you’re free to be out and about again if you know others in self isolation, check in on them and see if they could do with anything.
“Just try to keep a positive mindset, it’s easy to get stuck on thinking about how the worlds falling apart, but as with everything this won’t last forever.
“There’s a lot of uncertainty around whats going on now and what things will be like afterwards, but try not to linger on it because the stress and panic over things you have no power over wont help anything.
“And wash your hands – its better to be too clean than too manky.”