PRINCE Charles and the Duchess of Cornwall are in the region today carrying out a number of public engagements.

They officially opened the new distillery at Bladnoch in Wigtownshire this morning, where they were shown round by owners David and Sallie Prior, pictured above.

They also visited Garlieston, then the Duchess, who is known as the Duchess of Rothesay when she is in Scotland, travelled alone to cut the ribbon at Moat Brae in Dumfries this afternoon.

Crowds turned out at all the venues to see the royal pair. 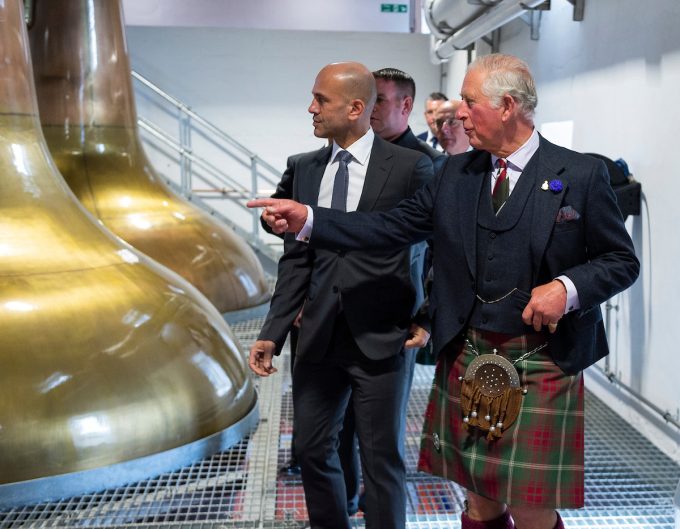 TOUR TIME . . . Prince Charles is shown around the new visitor centre at Bladnoch

ALL PIX BY WARREN MEDIA

WHEELS keep on turning for Paul Farrell as he bids to complete a month long cycle challenge.

DYING puppies were found abandoned in Lockerbie and have sparked a ‘puppy trade’ warning.

POLICE are appealing for information following a break-in and theft at a business premises in Langholm.