GRETNA FC 2008 has decided to make a change in management with a familiar face returning to the club. 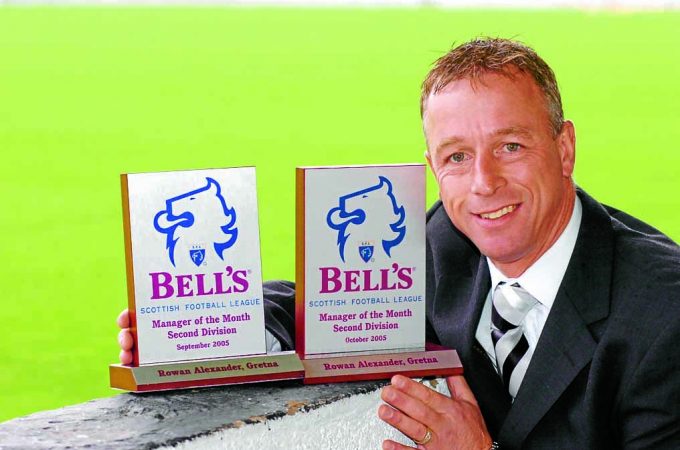 Rowan Alexander, who was in the hotseat at Gretna between 2000 to 2007 in what was a golden period for The Anvils, returns to Raydale Park following the dismissal of Chris Humphrey.

Alexander will be incharge until the remainder of the season to change the fortunes of the club, as they sit in 14th place in the Lowland League with only six points from their first 14 games.

This appointment of Rowan reunites both him and the club 12 years after he departed Gretna when they were playing in the Scottish Premiership taking on the likes of Celtic and Rangers.

During his first reign, Rowan took Gretna from the Scottish Third Division to the top tier of Scottish football along with appearing in the Scottish Cup Final and competing in the UEFA Cup during the 2006-2007 season.

Since those glory days, the club have dissolved and been reborn as Gretna 2008 with hopes of one day returning to former glories.

The reign of Chris Humphrey was short lived which seen the Black and Whites record only four wins in 20 matches in all competitions.

Organisers of the summer fling considered rescheduling to later in the year, but have now announced it will not return until 2022

THERE have been no new cases of coronavirus in Dumfries and Galloway in the last week.