PIONEERING plastic roads company MacRebur has launched an industry first when it comes to repairing potholes. 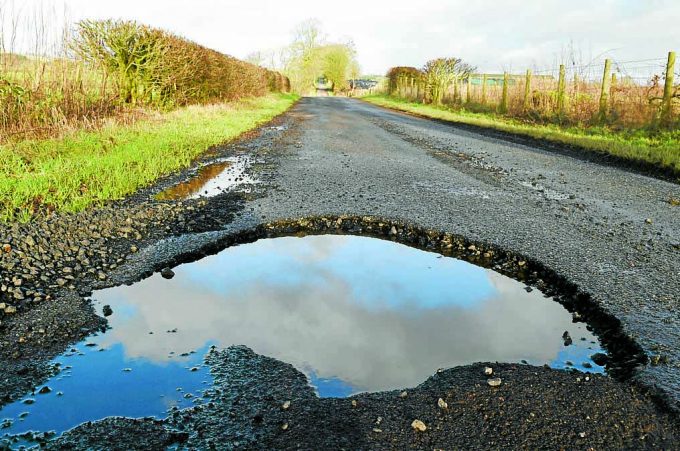 The Lockerbie-based business has unveiled ‘Plastikfix’ – pre-mixed material which can be laid cold and straight into potholes, repairing defects in minutes.

And, unlike other similar products on the market, Plastikfix contains a poly modified binder made from waste plastic. The material is pre-bagged, meaning it is portable enough to be carried in vans and emptied into potholes which plight the country’s roads.

Senior UK manager for MacRebur Sarah Lakin said: “Plastikfix answers the call across the country to end the problem of our potholed roads.” Unlike other ‘ready made’ pothole mixtures on the market, Plastikfix plays a part in the UK’s recycling target, as each 20kg bag contains the equivalent weight of three milk cartons in non-recyclable waste plastic polymers which would otherwise have gone to landfill or incineration.

Sarah added: “What’s great about it is that as well as fixing this nationwide problem, it is also finding a new use for plastic waste that cannot otherwise be recycled.”

It will be sold alongside their patent pending MR6, MR8 and MR10 roads products, which have already been laid in multiple destinations worldwide, including South Africa, New Zealand, Australia, Slovakia, Switzerland, Turkey and the Middle East.

Meanwhile, the firm’s founders are celebrating after opening their first factory in America. Chief operating officer Gordon Reid and a team of engineers travelled to San Diego at the start of the February to install the plant, which will allow more of their ‘plastic roads’ to be rolled out in the USA.