QUEEN of the South Reserves team coach Willie Gibson believes he’s seen a marked improvement from his side since his appointment. 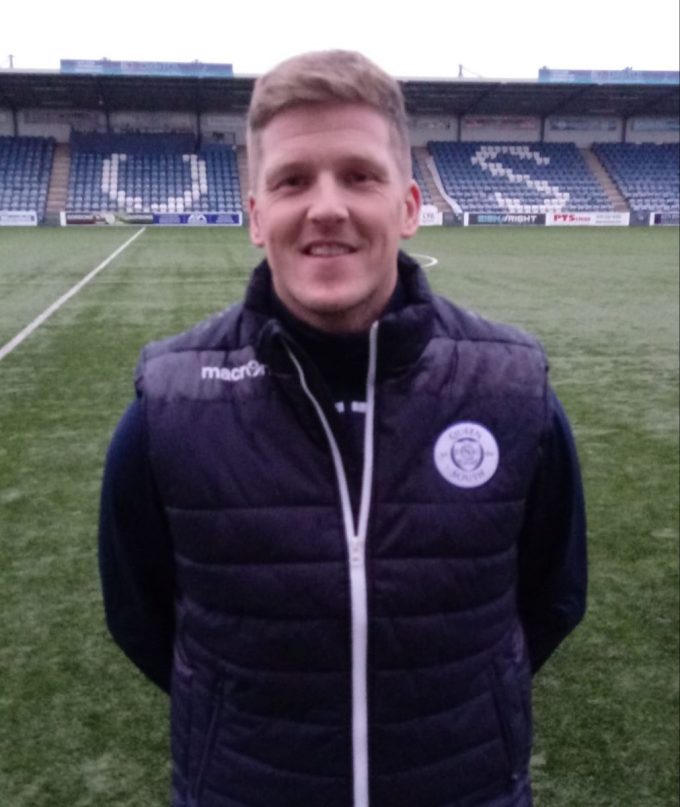 The former Queens, Kilmarnock, Crawley Town and Stranraer winger has been at the Reserves helm since October. Gibson – who enjoyed two spells at Palmerston Park as a player – replaced Eddie Warwick as manager following his move to China.

The 35-year-old is responsible for coaching the reserves on a daily basis and deals with the players’ education programme at the college. Gibson has already completed the course and holds a UEFA B Licence and will start working towards gaining his A Licence next year. He said: “I got a phone call asking if I would be interested in the job. I spoke to the chairman about possibly succeeding Eddie as I had been looking to get into coaching. This gives me that next platform on the coaching side of football. I was already with Stenhousemuir as a player/coach before accepting the role.”

His time at Ochilview was short-lived after he left the club last month by mutual consent due to work commitments. Alongside Gibson’s role at Palmerston Park, he runs a football academy – with ex-Queen of the South winger Dan Carmichael – where he helps develop young players from the region, aged 3 to 16. Despite juggling these commitments, Gibson ensures the playing boots will be coming back on sooner rather than later. He explained: “I’ve played for Peterhead and Stenhousemuir already this season so I can’t play in the SPFL professional leagues for the remainder of this campaign. “I’m having conversations with the manager and the chairman about going down the route of playing with the Reserves. Hopefully this can help the players have that little bit of experience beside them on the park. “I work with the players on a daily basis, but to help them in game situations would be a huge benefit. After the Christmas break we’ll decide whether I sign as a player for the Reserves team.” Gibson has praised the improvements his side has made since October. The youngsters were unfortunate to lose 1-0 against Morton at Palmerston Park in their last league match but the manager believes progress has made after recent performances. He said: “It was a very young side against Morton as the first team had their night out, so we didn’t get any of the first-team players for the match. We were unlucky to not take anything from the match. Morton were fortunate to hang on to a result. I thought the players did everything that was asked from them. There’s been improvements made, as a manager that’s what I look for. I have said previously it isn’t going to change overnight. We aren’t going to turn losing by five or six goals to wins straight away. As long as we are seeing progress, and we have. “The last time we played Morton, we were down 4-0 after half an hour. This time we were only 1-0 down and we were well on top for the majority of the match, that’s significant progress.

“This is my first real manager’s job and I’m enjoying the role. We’re in a difficult league as we play good teams every week.”