ONE of the region’s finest defenders of the peace has passed away. 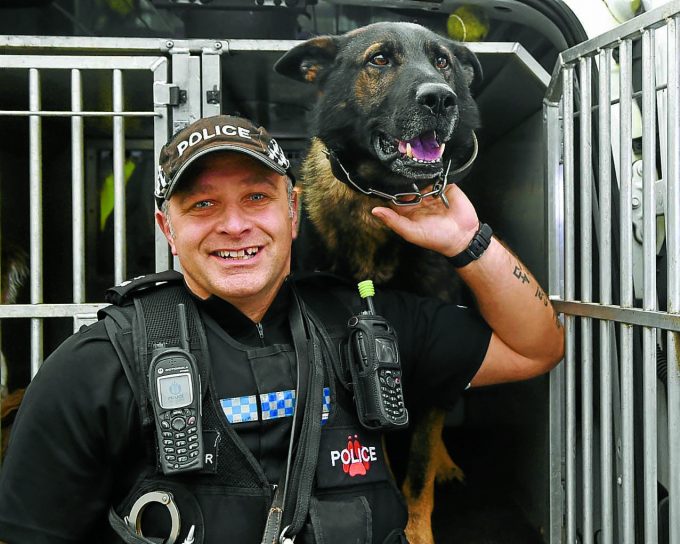 In August it was discovered that police dog Buck had cancer in his spleen and he had to undergo emergency surgery.

But the prognosis was not good and four-year-old Buck was later officially retired.

He lived the last few months of his life with his handler Constable Stewart Rae and the rest of the Rae family.

Last year Buck and his adoptive brothers Rocky and Mac appeared in a special feature on the life of a police dog.

German Shepherd Buck was supposed to retire age seven and PC Rae, who opened up his home to all three of his service dogs, explained that normally after retirement the pooches are re-homed . . . but he could never part with his boys.

At the time he said: “It doesn’t feel like work when I’m with them. This is my dream job and they are my family, I would never be able to say goodbye so when the time comes for Buck to retire in three years he’ll be spending his glory years at my home, our home, while I go out and do the hard work!”