One dead, one hurt in m’way crashes

ONE man has died and another is in a critical condition in hospital following two crashes on the A74(M) this morning. 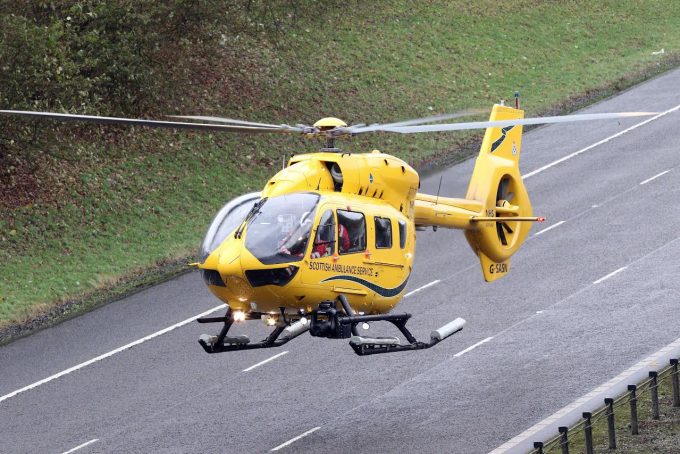 At about 5.50 am police were called to a road crash involving a lorry near junction 18 (Lockerbie South).

The lorry collided with the central reservation and then left the road, and the driver was pronounced dead at the scene.

Inspector Campbell Moffat of the roads policing unit is appealing for witnesses to contact police on the 101 number quoting the reference 0454 of November 25.

He said officers are particularly keen to speak to the occupants of a white Mercedes Sprinter style van which stopped at the scene.

The crash was the first of two incidents to take place on the motorway in the space of just four hours.

Around 10.05 am officers were called to reports of a collision involving a lorry and a Renault Traffic van on the northbound carriageway at junction 20 near Eaglesfield.

Emergency services attended and the driver of van was taken by air ambulance to the Queen Elizabeth University Hospital in Glasgow, where staff describe his condition as critical.

The lorry driver was not injured.

Sergeant Billy Broatch from the roads policing division based at Lockerbie is appealing for any witnesses to the crash, or anyone who has dash-cam footage, to contact their office through 101, quoting reference 0926 of November 25.