On the trail of the ideal Scotsman

FOOTBALL fans in the region have contributed to a new TV documentary exploring the psyche of the Scottish male. 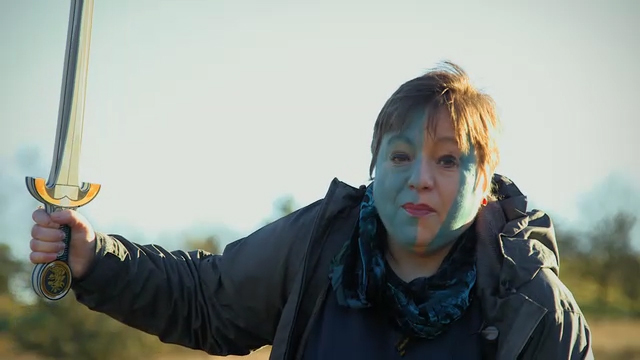 Writer and cook Rachel McCormack, above, has been on a quest to find out ‘what makes the ideal Scotsman these days?’

She explored the changing face of Scottish masculinity, as the male image changes from that of legendary “hard man” to a softer, gentler 21st century Scotsman. The show is a tongue-in-cheek tour, starting with the Highland Chiefs, and going onto the Enlightenment, and via Robert Burns onto modern-day depictions of Scotsman from Rab C Nesbitt to Begbie, with a foray into Scotsmen’s obsession with football, which is where the region comes in. For Rachel visited Palmerston Park, home of Queen of the South, to talk to local fans about what supporting their team means to them.

She said:“If there’s one thing I have never understood it is the Scottish’ man’s addiction to football, so I have come to Dumfries to find out what the fuss is all about.”

She added: “For all the changes we’ve embraced in the last few decades, I think Scottish culture is still hugely dominated by its men. But I also think we don’t really discuss what it’s like to be a man in Scotland today.”

The Ideal Scotsman will be shown on BBC Scotland on Tuesday night.