OFFICIALS at Scotland League side Mid Annandale have moved quickly to fill the vacant manager’s job at the New King Edward Park side. 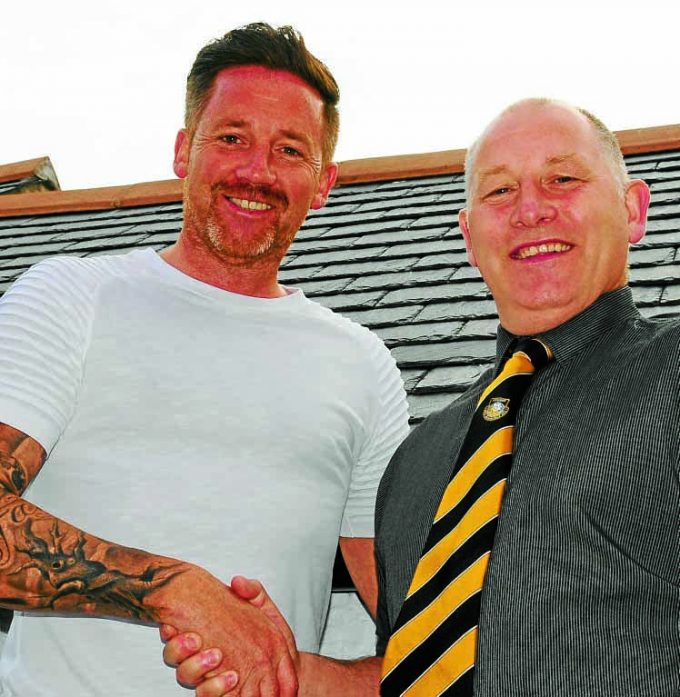 Paddy Flannery, pictured above left, has been appointed head coach, just a couple of seasons after taking Mids to the runners-up spot in the South League in their most successful season ever.

The 42-year-old, who left Mids because of work changes, also took them to three cup finals which included winning the Alba Cup which was their first ever South silverware. He has had a successful career playing for Morton, Dumbarton and Stenhousemuir and in the Juniors played for Linlithgow Rose and Camelon Juniors, now an East of Scotland side. Paddy is looking to appoint an assistant in the next few days and has a few new players in mind to bolster the squad. Already pre-season friendlies have been set up against Queen of the South and Lanark United and another two or three have still to be finalised.

Mids secretary George Trudt said they were delighted to get Paddy back in charge following the departure of Kevin Sommerville last month. Trudt said: “Paddy helped us out at the end of the season. We phoned him up and he said he would be delighted to help us out because we had a cup final coming up. But Stranraer were excluded from the Cree Lodge Cup for playing an ineligible player and we were awarded the cup which was handed over at the weekend.”

He added: “Paddy left us on good terms and it was probably the best season ever with a runners-up spot in the league and our first silverware.”