DAVID Mundell and Alister Jack will remain as MPs after successfully defending their seats in yesterday’s election.

The region’s results were announced shortly after 4 am this morning and voters across Dumfries and Galloway stayed true to Blue.

But both Tory candidates were given a run for their money and ended up with reduced majorities.

In the Dumfriesshire, Clydesdale and Tweeddale (DCT) seat Mr Mundell saw off the challenge from the SNP’s Amanda Burgauer to win with a majority of 3781.

Speaking after the results were announced Mr Mundell said: “It’s a huge honour for me to be re-elected for the fifth time to serve this constituency, to serve it through its existence.”

He vowed to continue to work for everyone whether they voted for him or not, and said he would be celebrating his win with a day in bed.

In the Dumfries and Galloway constituency Scottish Secretary Alister Jack retained his seat with a reduced majority of 1805 over the SNP’s Richard Arkless. 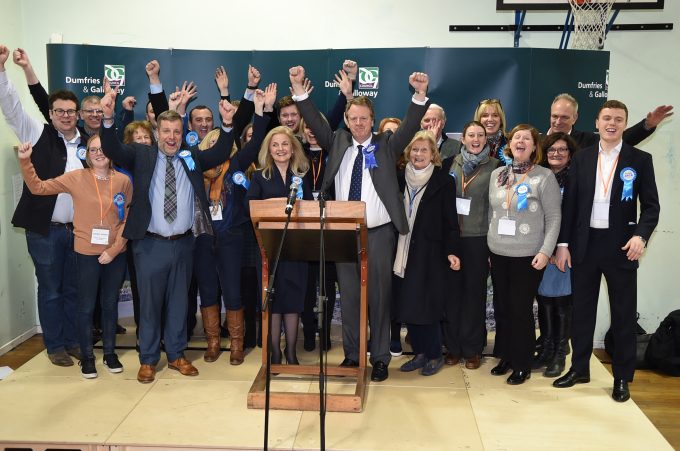 Mr Jack said: “It has been the biggest privilege of my professional career to represent Dumfries and Galloway and I’m really honoured to be re-elected.”

The SNP managed to take 48 of Scotland’s 59 seats, and DCT candidate Amanda Burgauer, pictured below, said her party will be back after Christmas to talk to people about independence for Scotland.

And both Mr Chisholm and Mr Thompson acknowledged a bad night for the Labour Party, who managed to win just one seat in Scotland.