A UNITED front was pledged in the fight to save a closure-threatened Annan factory on Wednesday night.

More than 250 people packed into the town’s Market Hall at a meeting called to bring workers and other townspeople up-to-date about the future of Young’s Pinneys factory.

Worry, anger and feelings of betrayal were all expressed at the sometimes emotional meeting but hopeful signs also emerged when it was confirmed there were several expressions of interest in the Stapleton Road site.

Efforts are also to be made during the formal consultation period to persuade Young’s to reconsider plans to remove remaining work at Annan to their HQ in Grimsby.

A directly employed workforce of around 450 and a large number of agency roles are on the line since Young’s Seafoods’ shock announcement last week of the proposed closure.

The standing-room-only meeting was organised and jointly chaired by former Pinneys worker Catrina Baxter with the help of South of Scotland MSP Joan McAlpine.

They were joined by constituency MSP Oliver Mundell, Dumfries and Galloway Council leader Dr Elaine Murray and Andy MacFarlane, a regional official with the Unite union. 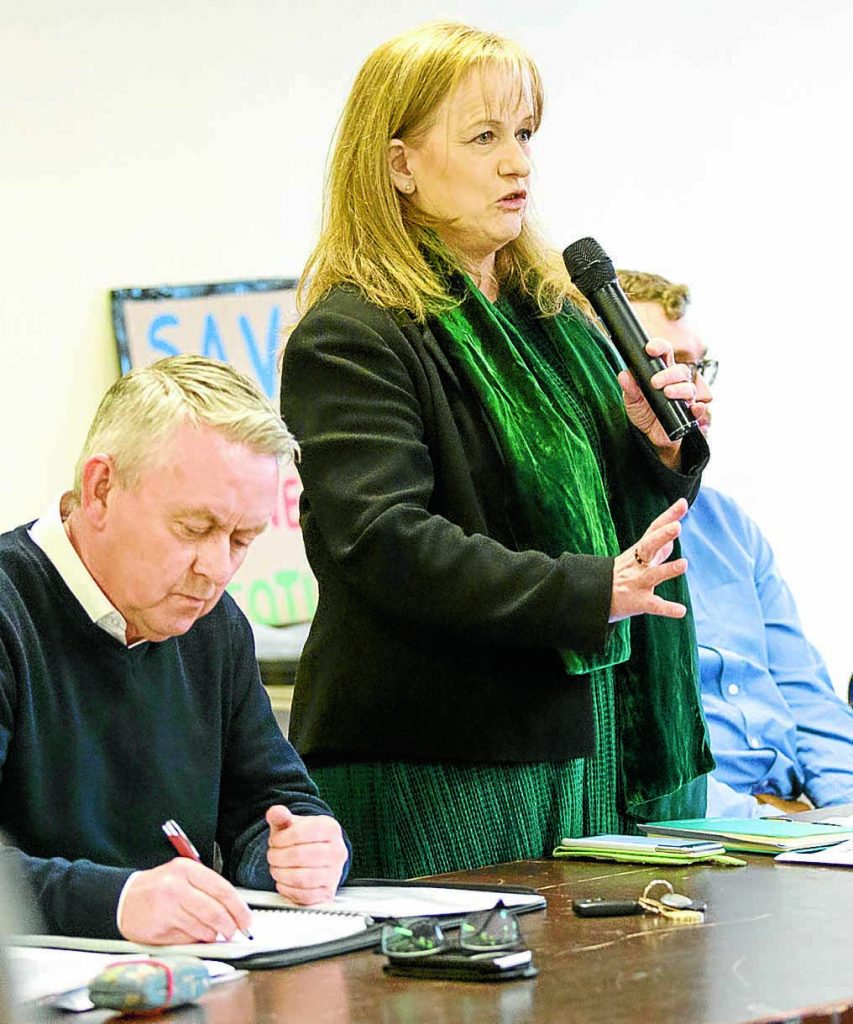 Opening the meeting, Ms McAlpine commented that the massive turnout demonstrated the appetite for such a gathering to channel peoples’ concerns and bring everyone up-to-date with developments.

She said: “It is completely unacceptable in a town of this size that a business like this can walk away after all the work, skills and loyalty the people have put into that company.”

Describing the reasoning behind the meeting, Mrs Baxter explained that she felt very deeply about the closure threat and resulting campaign.

She said: “This started as a Facebook page and has now become the Save Pinneys of Annan Group. I’ve family and friends still working there. We cannot just let Pinneys close. I’m behind this every step of the way.”

Constituency MSP Oliver Mundell stated that while it would be wrong to raise false hopes there were promising developments.

Mr Mundell told workers at the meeting: “There have been people looking round the site in the last couple of days. Some of those are serious players who recognise the number one asset at Pinneys is the workforce. 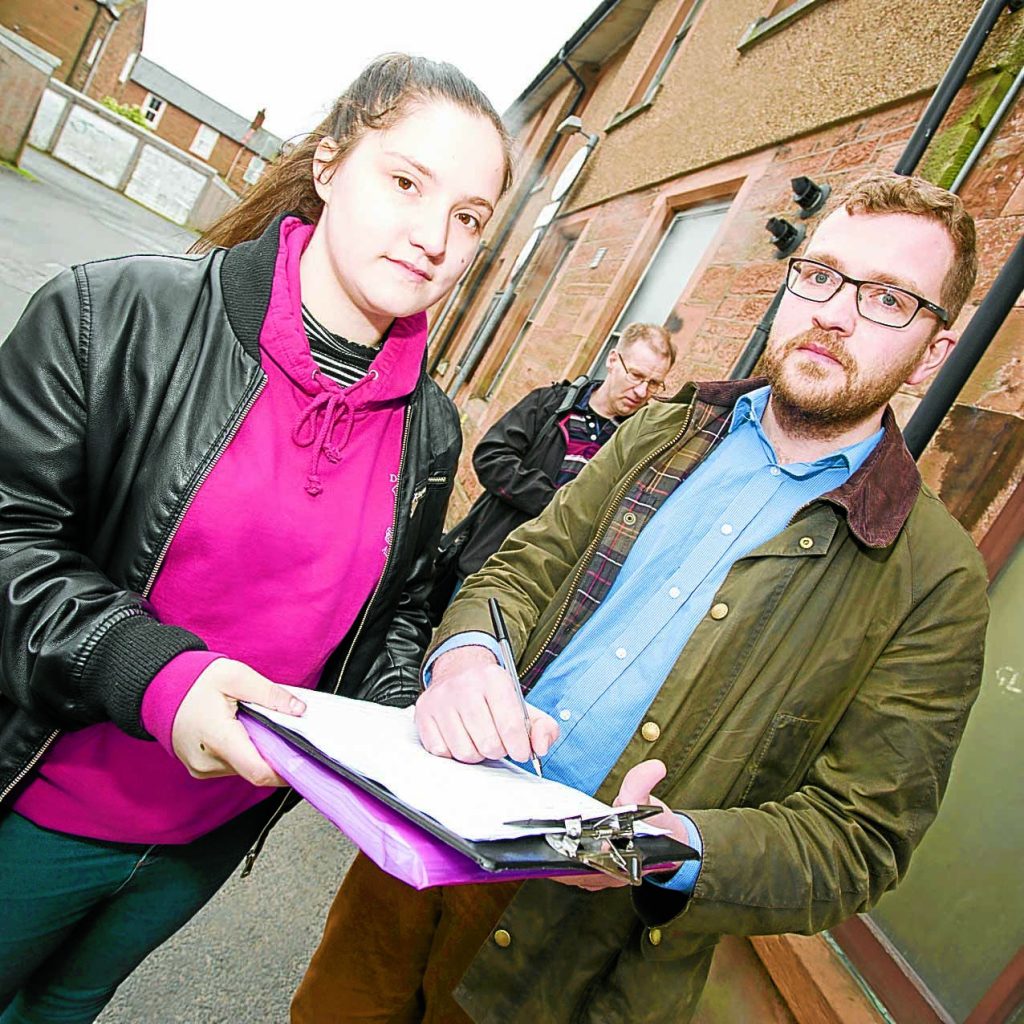 “Over the next couple of weeks it is not about losing heart — it is about keeping fighting and keeping up the pressure and hopefully something will emerge.”

Dr Murray, speaking for the multi-agency action group, outlined that there were two food companies from the local area and a large major competitor of Young’s expressing a strong interest in the factory.

They were also engaging with Young’s, she said, to try to encourage them to stay although they had given up two of their M&S contracts which represented around half their work.

She said: “They could possibly share the site with another company or take over the whole site retaining part or all workforce.

“This site is at a good location near the A75 and close to the motorway. There can be very few better industrial sites of this sort in Scotland.” 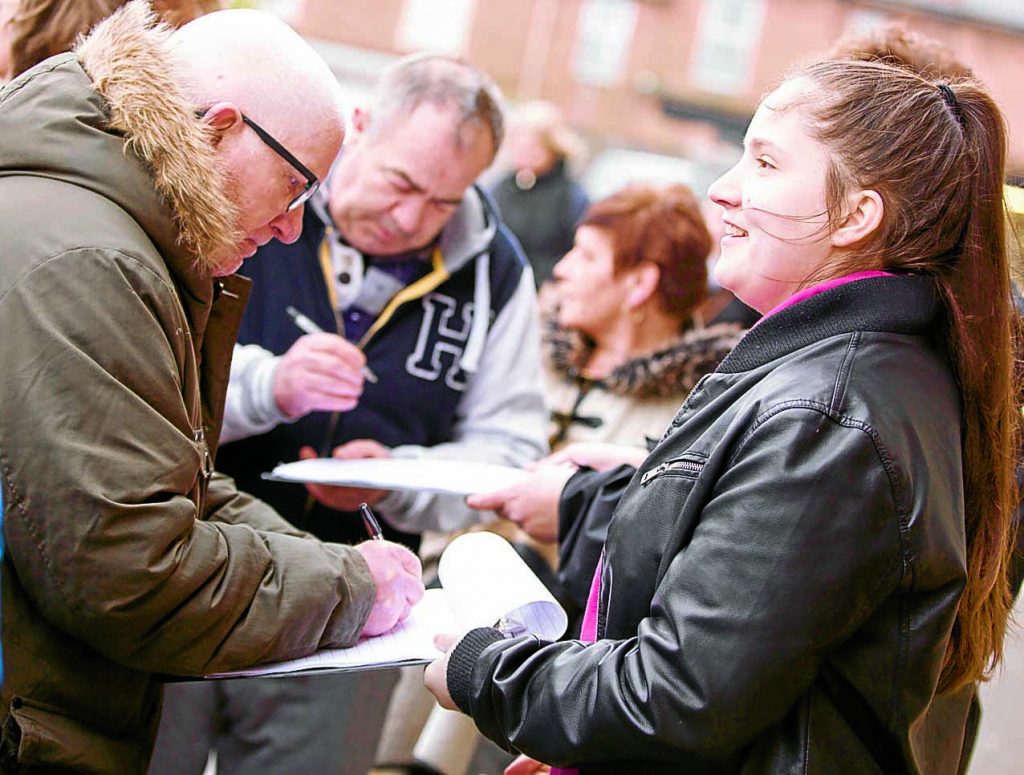 Mr MacFarlane explained that the statutory consultation process would start next week and highlighted the importance of maintaining the good communication and the united front from the community and all involved in the campaign.

Two Pinneys workers told the meeting about the way the closure would impact on their lives.

Allan said: “I’ve been working at Pinneys for the best part of 25 years. I’m a family man with two young children. I’ve a mortgage to pay and a family to support.

“This also affects all of my colleagues and families, who are in the same situation. I feel for everybody affected by this tragedy.

“Pinneys is the main work-provider in Annan and its closure would rip the heart out of this community and surrounding areas. Annan will become like a ghost town.”

His colleague Stacey said: “I’m 31-years-old. I’ve lived in Annan all my life. It’s a lovely place. I left school when I was 16 and went straight to Pinneys. I’m a single mother to a six-year-old little boy, who relies solely on me.

“In January the company let me go full-time so I did not need to get any more benefits. Standing on my own two feet. But now, three months on, I’ve been told I’ve not got a job. My biggest fear is not being able to get a job.” 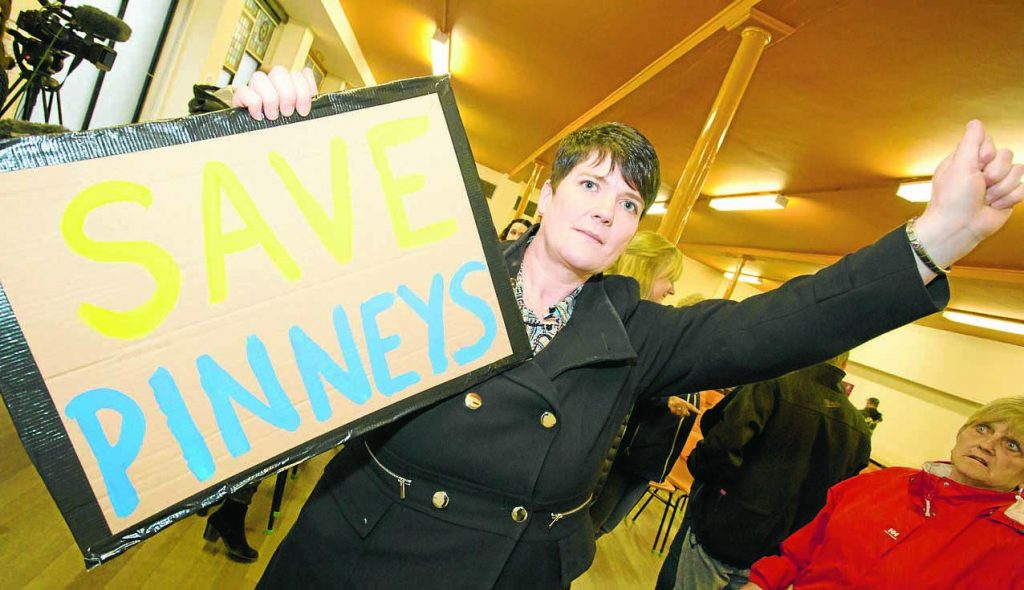 Stacey added: “The last thing I want to happen is to have no job and have to bring up my son on benefits.”

During a lively question and answer session, there was also criticism of Pinneys’ main customer M&S for ‘squeezing’ the price margins available for the contract work being given up at the Annan site .

There were also calls for a social media campaign against the retailer and a boycott but such suggestions were discouraged by the panel.

Mr MacFarlane said he understood feelings were running high but urged ‘business as usual’ as that was exactly what they wanted at the end of the process.

He said: “We do not want shock to turn into anger.”

After the meeting Ms McAlpine said: “I was blown away by the solidarity and determination shown by the community here in Annan, as well as elected members from all parties to keep Pinneys open and safeguard jobs here.”

How green can his thumbs get?