Marvellous Margaret, 90, takes to the skies


Warning: Use of undefined constant php - assumed 'php' (this will throw an Error in a future version of PHP) in /home/dng24/public_html/wp-content/themes/dng24-media-2015/includes/inc-single-pictures.php on line 6

Warning: Use of undefined constant php - assumed 'php' (this will throw an Error in a future version of PHP) in /home/dng24/public_html/wp-content/themes/dng24-media-2015/includes/inc-single-pictures.php on line 8 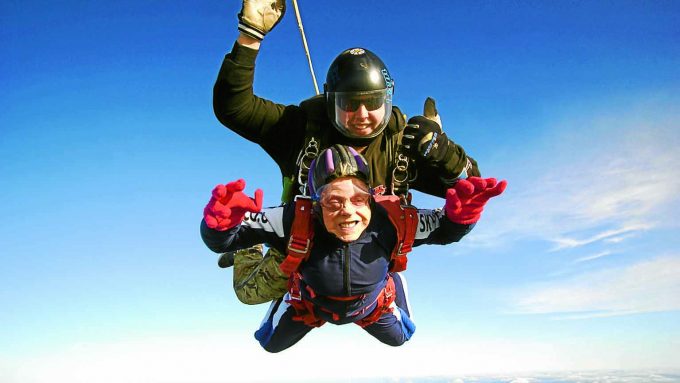 Many OAPs might choose to celebrate their 90th birthday with a tame afternoon tea . . . but not Margaret Waugh from Eaglesfield.

For she celebrated the start of her tenth decade by jumping out of a plane over Lancaster, 10,000 feet above the ground.

Partially sighted Margaret said: “I wanted to raise money for charity so I had to do something memorable, something that would get people’s attention.

“Last year I did a zip wire but that just wasn’t enough of a challenge, so this year I decided to go bigger . . . or higher you might say.”

Discussing her experience, she added: “I would do it again, I really enjoyed it. I’ve found my new hobby!

But her sky dive was about more than just having a good time, she was also raising money for a chrity that is near and dear to her, Alzheimer Scotland. 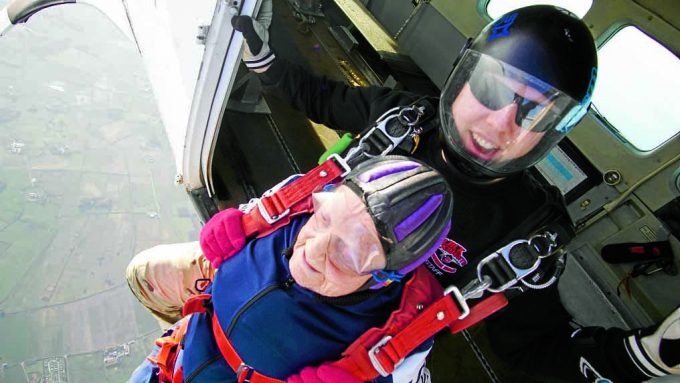 She said: “It’s a very important charity and they assured me that the money I raise will be spent locally.

“It’s not just about research, it’s about looking after carers. Alzheimers affects more than just the sufferer, it affects the family hugely and friends too.”

So far Margaret has raised £1300 and counting.

She said: “I want to thank everyone for their very generous donations, it means a lot.” 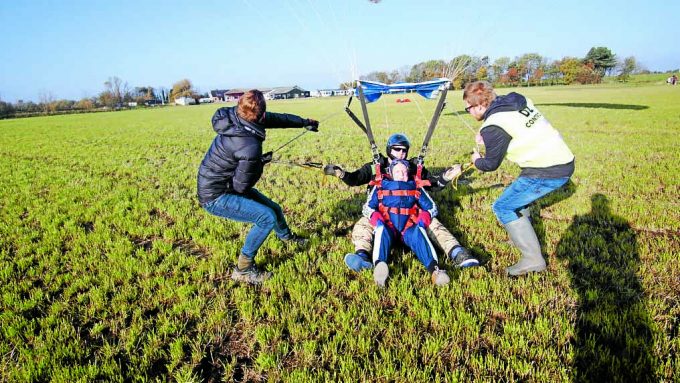 Get the full story in the Annandale Herald
Next issue published Thursday 27th February 2020.
Share this story:
This story hasn't been shared yet.