Lockerbie Air Disaster from behind the lens

A ROW of soundless, unmoving ambulances — that’s the image that will forever haunt photographer Steve Matthew.

Steve has been the Annandale Herald and Observer, Moffat News and Dumfries Courier’s most ‘well kent’ face for more than 40 years.

He’s captured thousands of grins, leaps of joy and many a fed up face, but nothing will ever compare to the harrowing scenes he captured on December 21 1988.

It was halfway through a typically manic December week, filled with snapping an abundance of jolly Christmas party shots, that Steve got a call from his father-in-law-to-be to say that Lockerbie was on fire, a plane had fallen.

Within half an hour of the disaster happening, Steve was there, having travelled the back roads, camera in hand.

He said: “I’d heard a fighter jet had gone down over Sherwood Crescent and expected there to be about two fatalities. It was not until hours later that the full scale of what had happened, how many lives were lost, was known.”

Steve worked through the night, capturing image after image . . . some of which will be forever etched upon his mind.

He said: “The image that stands out the most vividly is seeing rows and rows of ambulances parked up in a line but none of them were moving, the drivers were standing next to them and doing nothing. It was unbelievable. Why aren’t they helping people? Then it dawned on me . . . there were no casualties, only fatalities, no one to save.”

The next few weeks were the busiest of his working life, taking just a day off to celebrate a more sombre than usual Christmas.

He said: “It was just constant. Every day for three weeks there was something huge happening, from royal visits to the victims’ funerals . . . so much was happening.”

He added: “I never felt bad taking photos. It’s the nature of the job, I had to do it and I always did it professionally and sensitively.

“It was without a doubt the most poignant part of my career and of Lockerbie’s history.

“I hope never to have to witness another event like it in my life.”

Reflecting on the hardest part, he said: “It didn’t really sink in at the time, not fully.

“It wasn’t until years later that you think ‘I was there, I saw that’.”

Now a dad-of-six and aged 58, Steve says he would feel differently if he had to cover such a horrific attack today.

He said: “If it had happened today I wouldn’t have coped as well.

“As a dad who has seen children off to university, wow that would have hit me hard. To see a young girl with her whole life ahead of her, strapped lifeless in a chair, I wouldn’t be able to think of anything but my own children.

“I would have been in tears.”

Steve was arguably one of the first of dozens and dozens photographers on the scene on December 21, but what makes him most unique? The fact he’s one of few photographers who never left Lockerbie. He has spent the past 30 years documenting every triumph, good time and memorable moment locally ever since.

He said: “I’m lucky to know Lockerbie. Many photographers and journalists who were there that day and in those weeks, they never saw the ‘other Lockerbie’, but I have.”

Steve’s story is one of many in our eight page special feature – out now. 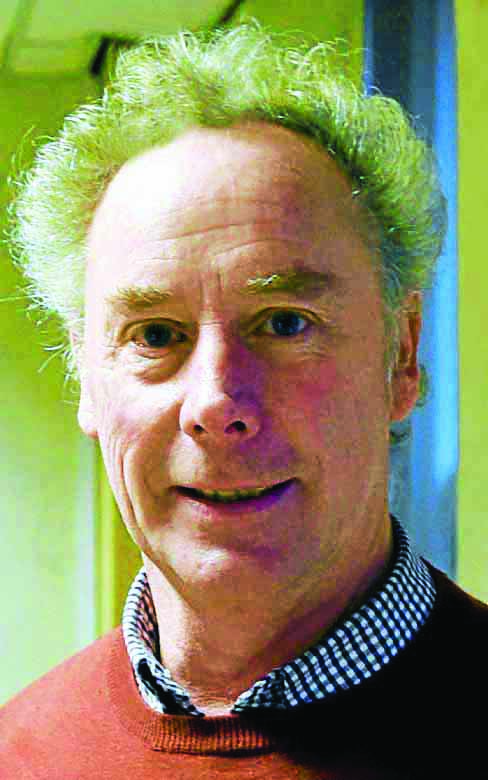