BIRTHDAY celebrations were in full flow at a Dumfries church last Sunday as it marked its 25th anniversary. 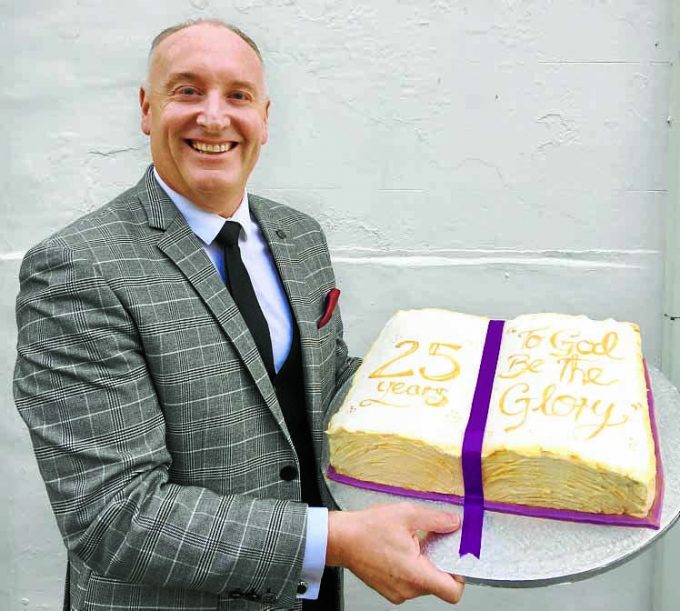 The Lighthouse Church has been part of the town’s Christian community since 1994, at several sites. It was based in the old convent for 19 years and now meets in the Theatre Royal. And it has led to the establishment of two other congregations in Dumfries and Galloway over the years.

Sunday’s event was a chance for current members and those who have been part of the church over the years to celebrate the church’s life and work in the region There was a full house as the church looked back over the years and celebrated the many great achievements and also remembered those who had passed away during those years in a very moving video. At the end of the service everyone got to tuck into a delicious cake made by a member of the congregation.

Pastor Sandy Jamieson, who was the founder of the local congregation, said: “It was a wonderful morning and very moving, we have had our fair share of lows over the years but also great blessings as a church family and it’s been a real privilege leading the congregation.”