NEWCASTLETON Paralympian Libby Clegg has skated her way into the Dancing on Ice live grand final, which will be broadcast this evening. 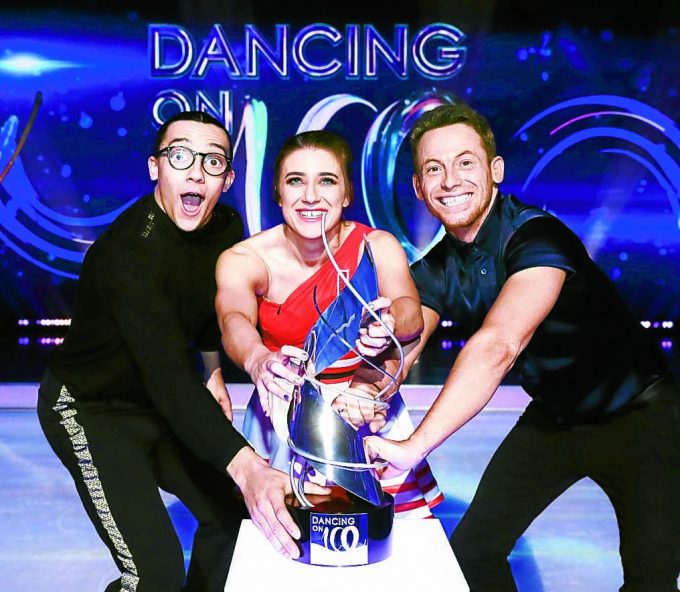 Libby, pictured above centre, and her professional partner Mark Hanretty narrowly avoided elimination in the semi-final when the judges chose to save them over magician and TV presenter Ben Hanlin and his pro partner Carlotta Edwards.

It means Libby will now face dance star Perri Kiely and presenter and actor Joe Swash in the final as they each bid to be crowned series champion.

Libby, who has a deteriorating eye condition called Stargardt’s Macular Dystrophy and is registered blind, is a multiple Paralympic sprint medallist.

She won praise from viewers and two tens from the judges for her semi-final routine, which saw her skate solo for 45 seconds without partner Mark there to guide her round the ice.

During tonight’s final each couple will recreate their favourite routine of the series and perform a showcase choreographed for them by skating legends Jayne Torvill and Christopher Dean.

Only the two best couples will earn the opportunity to perform their interpretation of Torvill and Dean’s iconic Bolero routine in a final bid to take the crown.