TRAINS between Dumfries and Kilmarnock could be cancelled for up to four weeks. 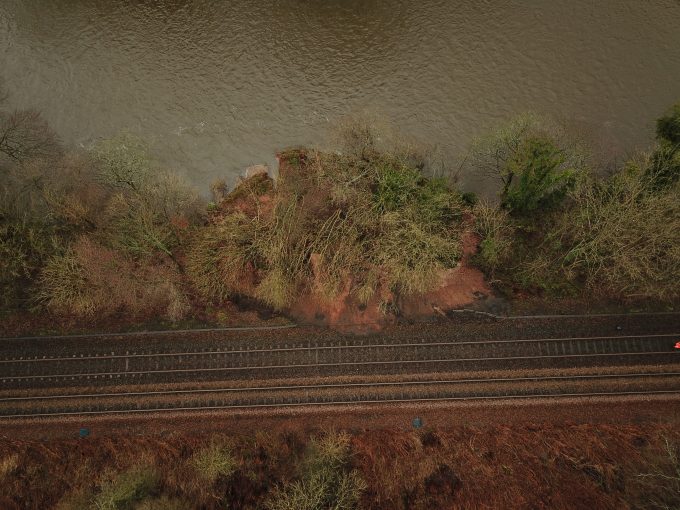 A section of the track near Holywood has been closed since Monday after the weekend’s storms caused the River Nith to erode the embankment beneath the railway.

And following a detailed examination by specialist engineers, the line is not expected to re-open until March 16.

Engineers have already started work to repair the 1700 ton landslip, pictured above, and rebuild the embankment.

Passengers with ScotRail tickets may travel on Avanti West Coast and Transpennine Express services between Carlisle and Glasgow Central via Lockerbie.

A Network Rail spokesman yesterday said: “The landslip is located in a challenging location above the river and will also require our engineers to construct a haul road to bring equipment and materials to the site.

“Our engineers are working hard to reopen the line as quickly as possible for customers.”