SCOTTISH Labour leader Richard Leonard visited the region on Monday this week. The leading politician toured the DNG Media of ces in Annan and sat down with chief reporter Amanda Kennedy to discuss everything from his vision for the region’s struggling jobs market, to his plans for a Labour comeback locally. 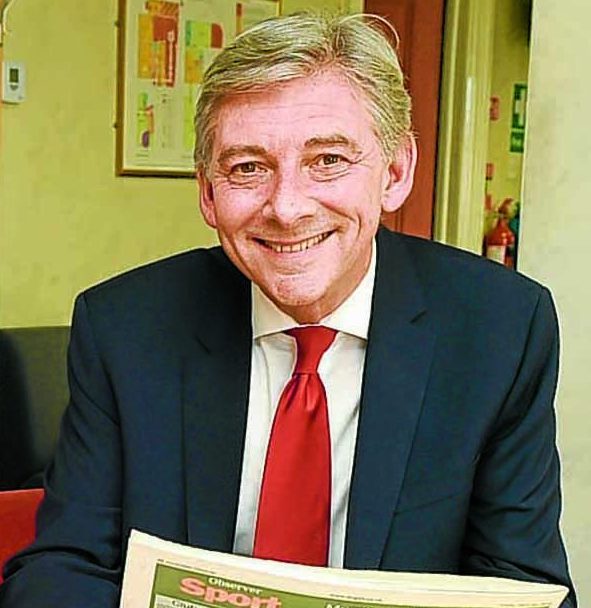 IF FOOTBALL’S coming home to England, can an Englishman bring Labour ‘home’ to Dumfries and Galloway?

Like Gareth Southgate, Scottish Labour’s new leader, Richard Leonard, has a big task ahead of him to win over hearts and minds.

The omens were good for his rst of cial visit to the area on Monday, following his leadership score against Anas Sarwar late last year – and he said it will be the rst of many trips south.

Born in Yorkshire in 1962, Richard ‘signed for’ the University of Stirling to study politics and economics and Scotland has been his home ever since.

A union man, he stood for election for the Scottish Parliament in 2011, coming second, but undeterred he stood again in 2016 and was elected as an additional member.

Flash forward 18 months and he is the party’s answer to a Scotland manager.

But despite nearly 40 years up north, his accent is still unrecognisably Yorkshire – something he doesn’t think has impacted his political career one jot.

He insists that Scotland’s wel- fare is at the heart of everything he does – and despite cheering on England during the World Cup and longing for football to ‘come home’, he’s also got plans to bring Labour home to Dumfries and Galloway.

When he first stood in 2011, Labour’s relationship with the re- gion was vastly different, with the party boasting both the Dumfries and Galloway MP, Russell Brown, and constituent MSP, Elaine Murray.

However, now the roles are held by Tories and Scottish Labour nationally has fallen from grace, with less Labour MSPs than ever before.

But Richard has plans to re-ignite the region’s love affair with Labour, aiming for a hat trick of success with MP, MSP and council all under Labour rule.

He said: “Any route back to power for Labour in Scotland needs to include the south of Scotland. We won’t win back power without Dumfries and Galloway.

“I am determined that we are a party which is seen as relevant to the people of this region, whether that is helping fight low pay, create and maintain employment, or helping end a council squeeze on services.

“Labour has a regional policy where no region gets left behind, it’s not just the Aberdeen and Edinburgh powerhouses that we cater for.”

He added: “There has been a real danger of politicians being stuck in parliament for too long now and I want to show that the Labour party is not just a parliamentary party, but a party for the whole of Scotland and we want to work with local communities, trade unions, businesses and more to understand the changes needed to move forward.

“I do not think things – job losses, poor pay, housing fears – can carry on as they are. Change is needed and change is coming.”

But Richard wasn’t just in the area in a bid to score votes.

In fact, the focal point of his jour- ney was a visit to Annan fish factory Pinneys, which is set to see job losses in excess of 450, with lay offs beginning this week.

And the visit was extra poignant for Richard, whose own family had to relocate when their “lifeblood” factory closed in the early 80s.

He said: “I had a very personal experience where the factory that my dad and sister worked, a clothing fac- tory, was closed down.

“Margaret Thatcher had been elected prime minister in 1979 and the closure happened in September 1980. As a result, my family had to move from Yorkshire down south for work, a 100 mile shift.”

He added: “That was quite a searing experience of how decisions taken by politicians can have direct effect on families and communities and break up communities.”

And that experience was a catalyst for helping steer him into a life of politics.

Re ecting on his visit to Pinneys, he said: “The closure of Pinneys is devastating for the workforce and the whole community.

“One shop steward I met described the start of the redundancies this week as like bereavement being felt by the whole community.

“The unions were also very clear that the decision by the UK Tory Government to change the law to cut the formal redundancies consultation process from 90 days to just 45 days meant there wasn’t adequate time to explore all the options for Pinneys and that is something we will be continuing to press the UK Government to reverse.

“My thoughts are with all the work- ers and I hope there is a real attempt to rescue at least some of the jobs.”

He added: “As a party, Labour’s strategy is not just to send in a task force or react in the teeth of a crisis. We think there needs to be more proactive planning by government in the economy, working with trade unions to try and better retain jobs.

“The striking thing about the economy here is that there is still low pay, Dumfries and Galloway has some of the country’s lowest earnings and

Labour wants to see a £10 living wage for every adult in Scotland.”

But it wasn’t just the gloom and doom of Dumfries and Galloway’s current job climate that Richard ex- plored on Monday.

He also took in a preview screening of the Toon, an upcoming act at this weekend’s free Youth Beatz festival, and enjoyed a tour of DNG Media.

“I think it’s refreshing to visit a newspaper company with a high street presence and staff so active in the community. I also think it is essential to local newspapers that a real presence remains.

“Local news is in the fabric of community life, it gives people a voice, a community a voice – that’s something that is very important to myself and Labour.” 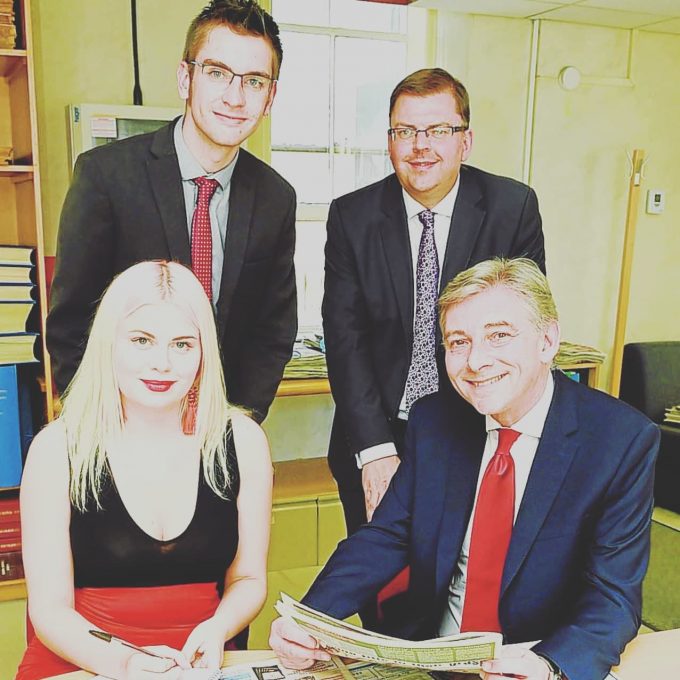 Get the full story in the Annandale Observer
Next issue published Friday 29th May 2020.