A KARATE coach from the region has achieved his 4th Dan Black Belt in Shotokan Karate. 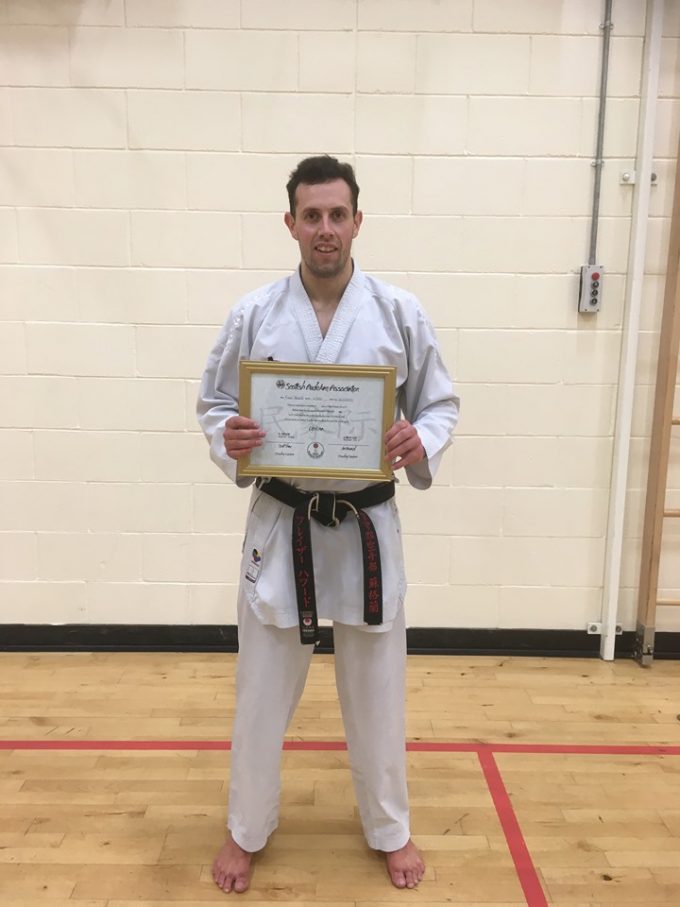 Fraser Howard, above, from Cargenbridge travelled to Airdrie for the Scottish Budokan Association Dan grading.

He has been doing the martial art since 1998 and is the assistant instructor/coach at all the Stewartry karate clubs.

Meanwhile, the Stewartry Karate Club Kyu belts grading took place at Kirkcudbright Academy and was a great success with over 40 students passing the next belt.

The medal winners this year are: