A MOTORBIKER who broke his elbow in an Annandale road crash last week has called on Dumfries and Galloway Council to sort out their pothole problems. 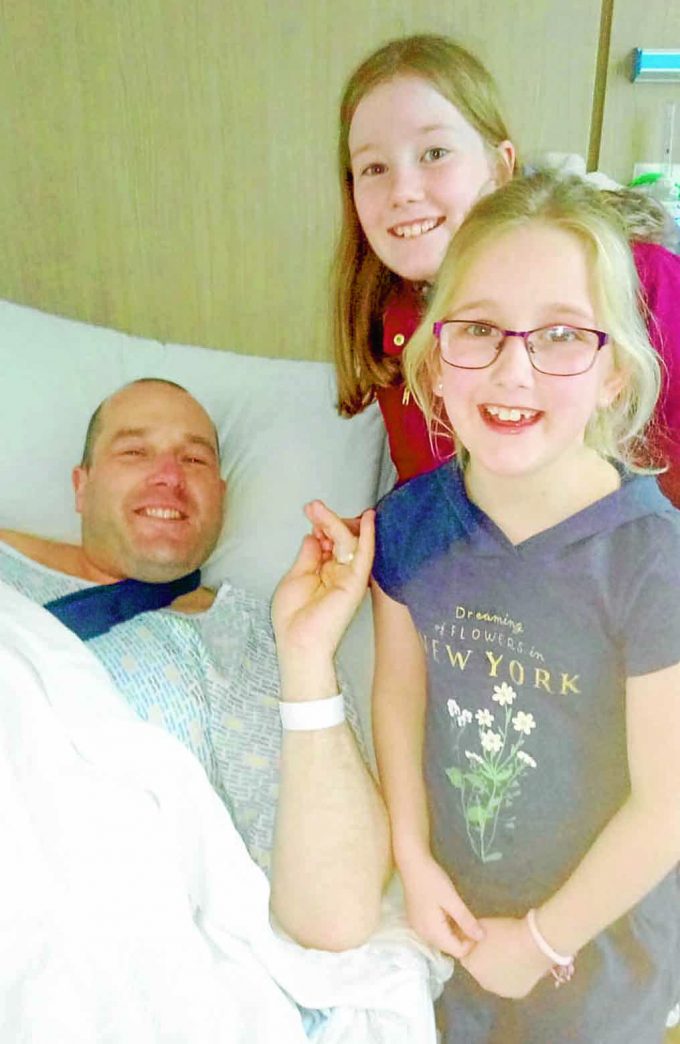 Simon Agnew, 43, from Northern Ireland, needed surgery following the accident on the B7068 near Waterbeck last Friday.

He has now been discharged from Dumfries and Galloway Royal Infirmary (pictured above) and is recovering back at home with his wife and three children.

Explaining what happened, civil servant Simon said: “Roads are roads and roads in the country are bad, but that one is particularly bad. “I came along past the quarry and saw the road had mud on it, so I slowed right down. Two miles further on there were two massive potholes and the bike just lay down and I travelled 30 yards up the road.”

As well as the break, which has required a metal plate, he suffered soft tissue damage and cuts and bruises to his knuckles and knees, while his motorbike is a write off. Simon said: “The surgeon described my elbow as smashed into smithereens. They were really good at the hospital, absolutely fabulous.

“It’s a nasty injury. I was really lucky. I am going to be off work for a substantial period of time. I will need physiotherapy.”

After coming in on the ferry at Cairnryan, Simon was taking the scenic route across to Newcastle to surprise his son, Alfie, who was playing in a school rugby match there. But the accident happened near Dunnabie Farm, Waterbeck, and Simon was taken in and helped by farmer Andrew Whittam, who has spoken out in the past about the state of the local roads.

Agreeing, Simon described the stretch between Lockerbie and Waterbeck as “just absolutely terrible”. He plans to report it to Dumfries and Galloway Council and in a message to the local authority, he said: “Sort them out before someone dies. That road is particularly bad. They are worse than the roads back home. There are more potholes over here. “That one covered the entire side of road – I had nowhere to go and I was driving for the conditions.” 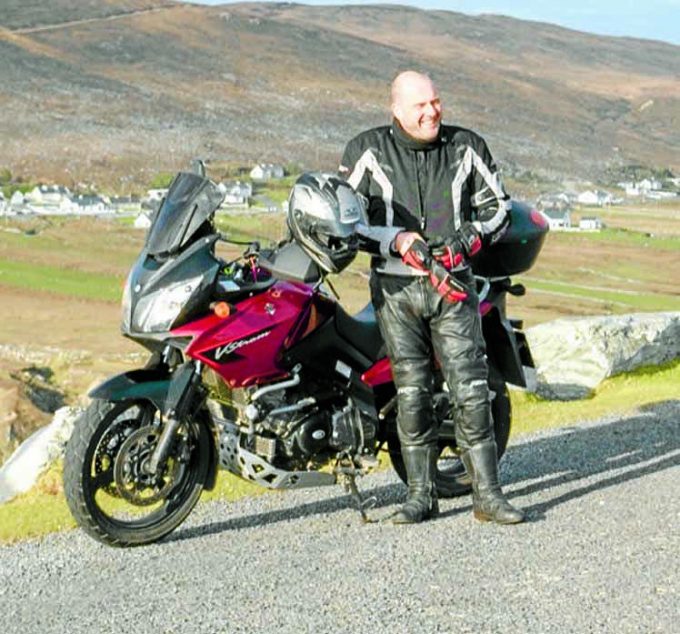 Simon and his bike in happier times