Hunters out of action

DUMFRIES Hunters American football team will remain sidelined until further notice due to the coronavirus<\!p>lockdown. 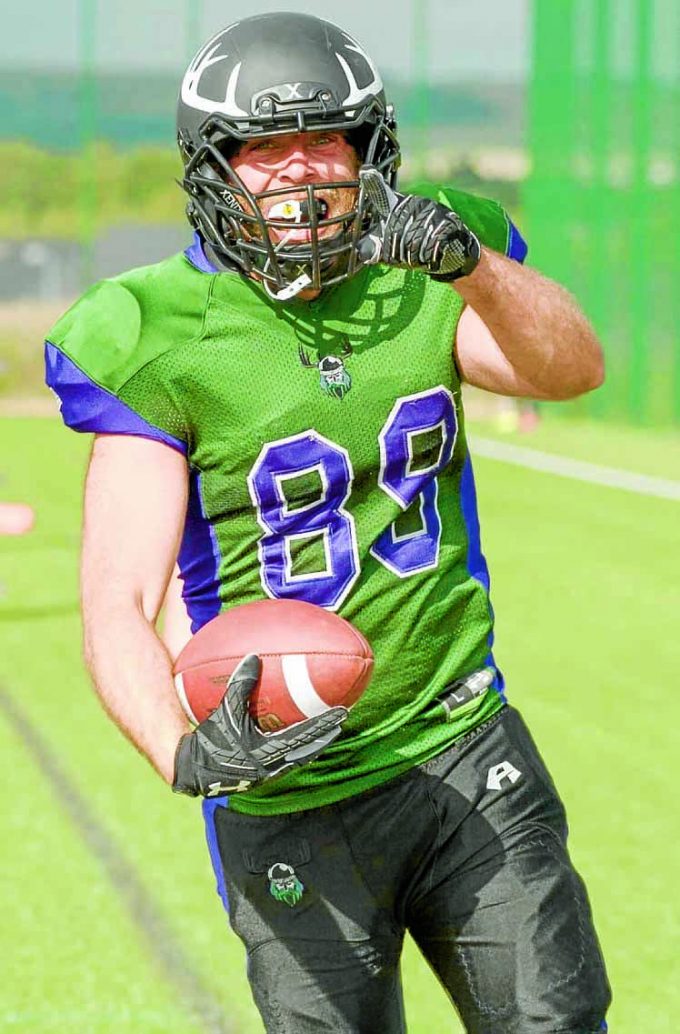 The region’s only team in this sport should have started their 2020 British American Football Association (BAFA) season by hosting Darlington Steam at the David Keswick Centre.

Dumfries were looking to win the NFC North Division and go far in the play-offs but because of these unprecedented times it could be a long time before the first snap is played.

A decision to suspend the upcoming season was announced in March. BAFA chief executive Peter Ackerly said: “This suspension will be kept under daily review by BAFA as the situation evolves.

“Once the suspension is lifted we will announce our return to practice, and the revised schedule of the 2020 National Leagues season (ages 18 plus), as well as scheduled dates for our Academy Flag (ages 8-13) and Academy Youth (ages 14-17) game days.”

Dumfries Hunters defensive coach Stephen Slater said: “We’ve been talking to the league in the last couple of days. “Non officially, teams and players have already paid their fees and the league do not want to pay it back so are trying to run a half season and having the teams pick when we start it, if the Government guidelines allow it. Officially, they are in talks with the teams as to what they think to help resolve this season.”

He added: “With a look to start as of June if possible; availability of venues, medics and transport as well as restrictions being lifted dependant.”