HUGE demand was demonstrated this week for a National Park for Galloway.

Almost 300 people attended a conference at Gatehouse of Fleet on Monday organised by the Galloway National Park Association (GNPA). Speakers discussed the potential of the proposal, saying it would create a sustainable future for the region. Feedback was also given from the 70 public meetings held across the area, from Stranraer to Dumfries. And it was revealed that 90 per cent of those attending were in favour of the bid.

Dumfries and Galloway Council leader Dr Elaine Murray said: “A National Park would raise the profile of Galloway and shine a light on the area’s high quality environment and landscape, offering opportunities to boost our economy and particularly the tourism sector.”

Commenting afterwards, Galloway and West Dumfries MSP Finlay Carson said: “Today should send an unequivocal message to the Scottish Government, who have again and again said that the whole community need to be behind the campaign.”

South Scotland MSP Colin Smyth added: “It’s clear that support for a Galloway National Park is growing all the time. We cannot risk our region missing out.”

Meanwhile, GNPA president Dame Barbara Kelly, pictured above, declared the committee is delighted at the level of local interest, adding: “I believe this is a critical moment for Galloway environmentally and economically and now is the time for us to explore these questions. The next stage is to persuade the Scottish Government to formally consult on a Kingdom of Galloway National Park.” 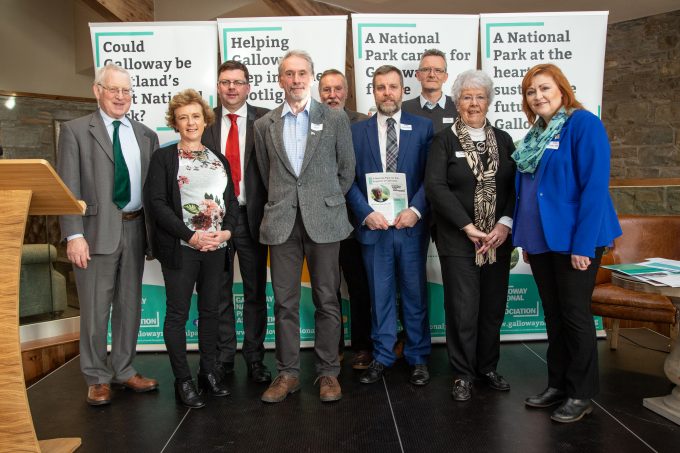 Annan and Eskdale, Be

Research into covid and hearing

A NEW initiative is looking to assess the effects of the coronavirus pandemic on youngsters in the region suffering with hearing loss.

Time for level one?